Share All sharing options for: Oh the places you'll go!

Football is never far from our thoughts around here, and neither is debate. So to satisfy our hunger for both football and pointless arguments, we've shamelessly copied borrowed an idea from a few other blogs at SB Nation, and asked our editorial staff a simple question:

Which schools would you like to see on Kansas State's non-conference schedule in the future?

Our selection process was highly scientific, because of course it was. We asked each member of our crew to list their top five choices and we tallied the results by assigning a single point to each team.

This was where everything got a bit thorny. The selections were all over the place, there were tangential discussions about Whataburger, and attempts to troll KU fans in a forum with no KU fans. Basically, it was like every other day at BotC. Ultimately, we had to split the choices into several categories. We're including select comments from the staff, and just to make it interesting, we'll let you guess who the quote belongs to.

Get Your Grove On

Get Your Grove On

Almost everyone chose Ole Miss and specifically for the almost mythical status of The Grove, which is undeniably one of the greatest tailgating experiences in all of college football. The fact that Kansas State has never played Ole Miss makes this matchup even more desirable.

Actually, Ole Miss finished in a tie for first place with a team from the other side of the country.

The Huskies made this list because we're all just a bit in love with Seattle. The sailgating doesn't hurt either.

We don't just pick non-conference opponents for atmosphere and tailgating though. Sometimes we just really want to play someone. This category featured two teams that were clearly ahead of the rest of the pack.

Interest in LSU is high, not only because of the ESS-EEE-SEE meme, but also because Jon Morse may have inadvertently kindled our curiosity about the Bayou Bengals. Also, as one of our writers put it, "[y]ou can't tell me a Cajun tailgate wouldn't just be a blast!" And if there's a critter those wacky people haven't figured out how to grill, it'd be a huge surprise.

The prime motivator here was revenge, as each member who voted for the Oregon Ducks also just really wanted to get a piece of them. Some were also intrigued by playing in Autzen Statium, a place that bills itself as the loudest venue in the country. Also, the campus and the town of Eugene are gorgeous and would qualify as a "destination" game for most of the purple faithful. 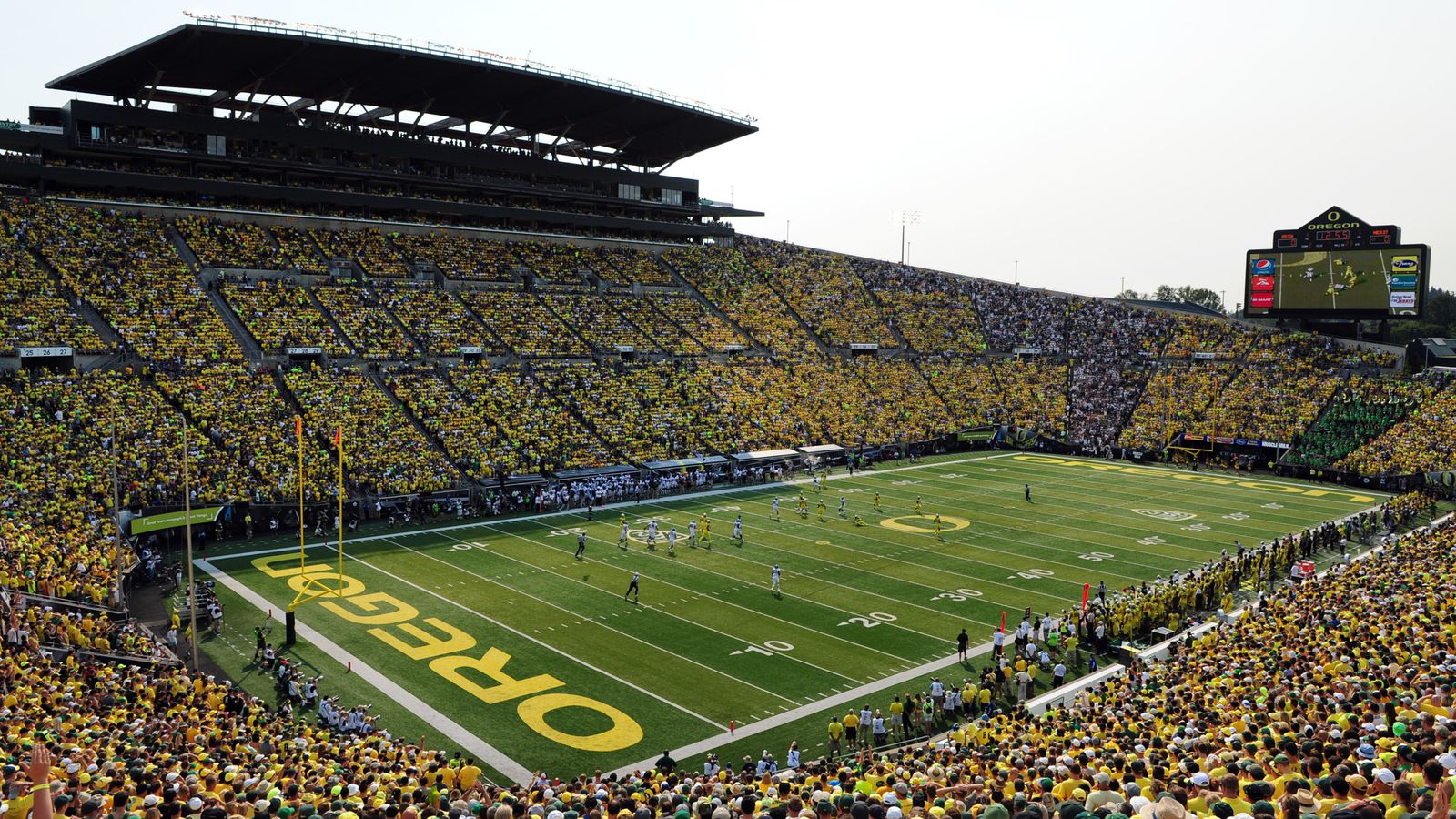 There was a single near-landslide winner in this category and it should not be too hard to guess.

Considering how long the two programs have been playing football and considering that Manhattan and South Bend are not that far apart, it's a wonder these teams have never played before. That needs to be remedied right away. Even if the Irish of the present are not quite the Irish of the past, we're convinced that a Notre Dame visit to Manhattan would be the biggest sporting event of the decade at Kansas State.

I'll leave you with this image and a quote from a member of our editorial staff: "I want to do mean things in front of Touchdown Jesus." 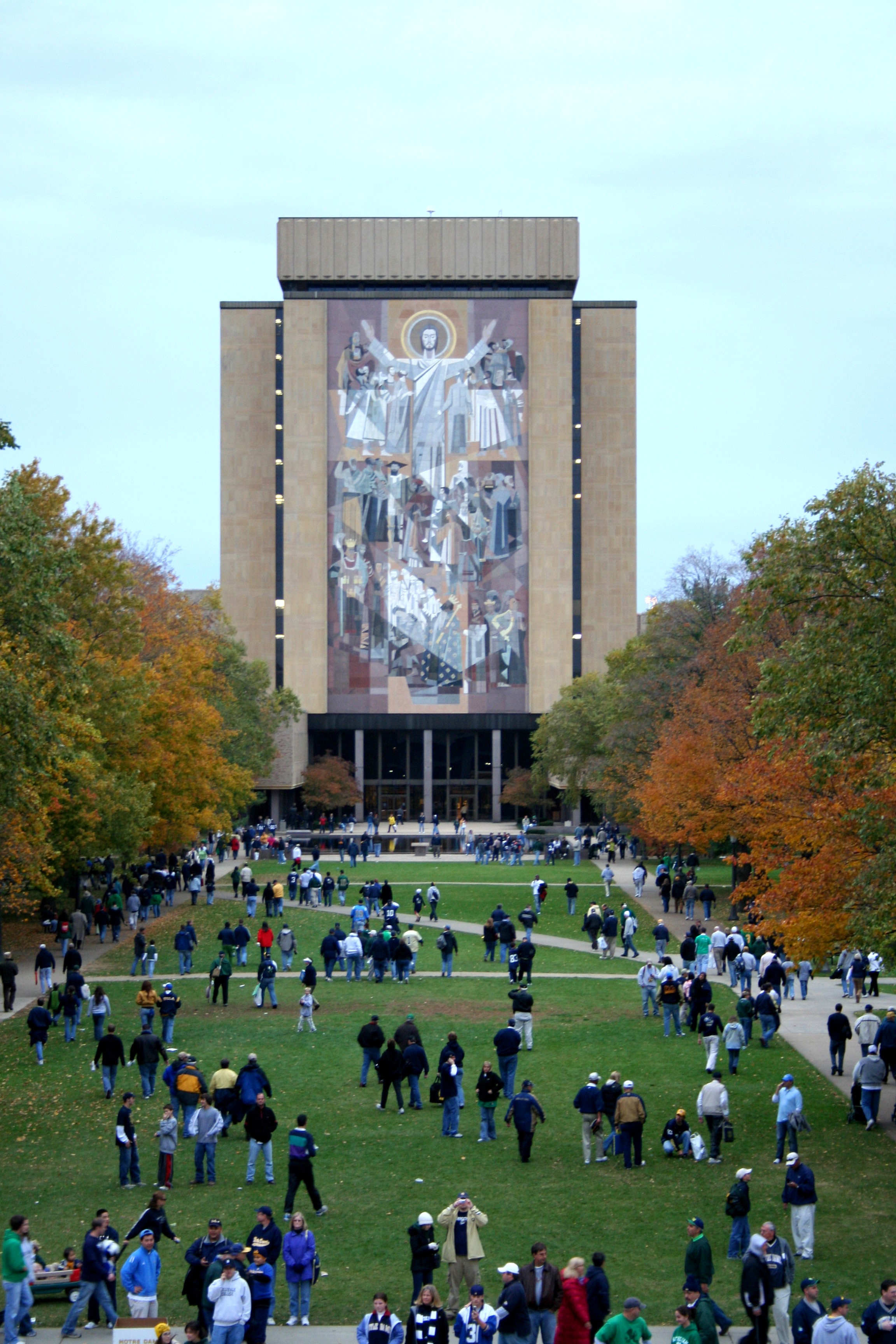 It was hard to decide whether the following schools were chosen because they were an easy drive for Kansas State fans, or because we just really need an outlet for all our pent-up rage. We're not the Angriest Fans in America for nothing, after all.

Yes, you are reading this correctly. No, Luke Thompson did not get to vote 16 times. I think this statement pretty much says it all: "WHY U PPL WANT 2 PLAY SOMEWHERE WE'VE ALREADY PLAYED FOR 80 YRZ?!?!?!"

Missouri finished in a tie with an unexpected winner in this category.

At first, this choice seems a bit surprising but given the proximity of Chicago to our fanbase and the prevalence of deep dish pizza there, this is a no brainer. Also, Kansas State has a lot in common with Northwestern: our school colors, our nickname, our mascot, and even Lynn "Pappy" Waldorf (who shocked the world by winning conference titles at both schools). That's even without mention of the other thing we have in common: a long and dubious history as college football's bottom feeders. It's high time to renew this Purple Wildcats vs Purple Wildcats rivalry.

Also, I think we're guaranteed to have a house full of fans wearing the right shade of purple, considering home games in Evanston usually look like this: 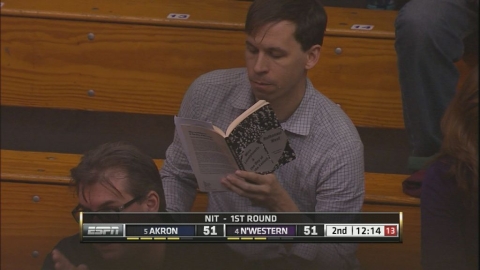 (Oh, that's a basketball game you say? Well, here's a student reading at a football game then!)

Also receiving votes: Iowa (2, plus a third vote which was not a vote for Iowa so much as an attempt to troll Iowa State), Nebraska (2), Kansas (!!)

So who would you put in your Top 5?

Check out the poll below. Vote early, vote often!