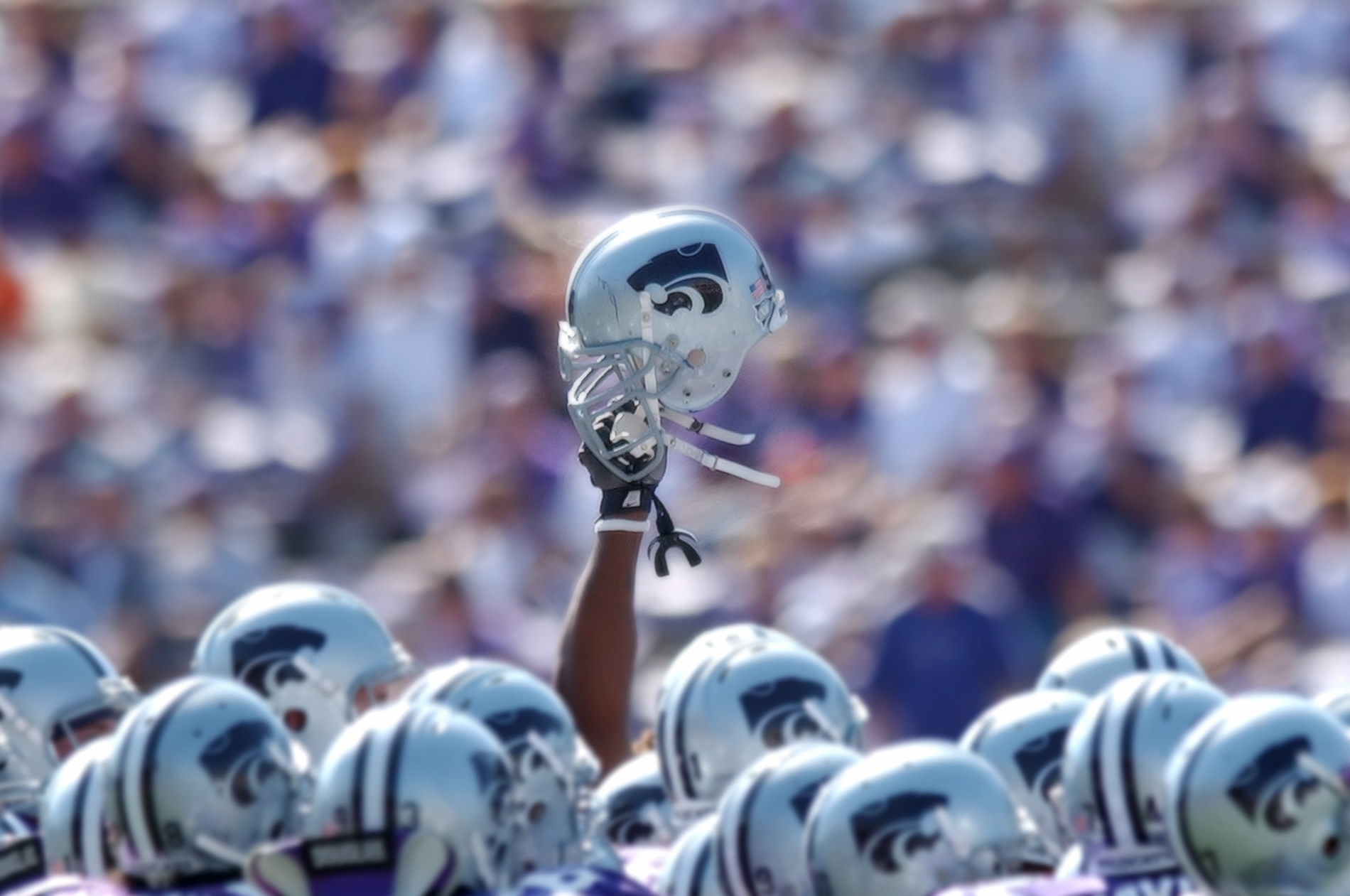 I've always been a K-State fan. No one in my family had ever attended a four year university, with the majority of my family either farming or holding trade skills, but there's that certain appeal K-State has to the farmers and other blue collar citizens of Kansas that similarly latched on to our family.

I was a kid during Snyder's first run, born in 1992 and just vaguely remembering the 1998 Big XII Championship Game (well, before watching it an unknown amount of times on youtube through college). All I'd ever know was that Kansas State had a football program and they were good. Every Saturday in the fall growing up, the story was the same. Wake up, go to my Pop Warner League football game, then drive back home with my parents to watch the Wildcats. I can remember just being glued to the TV watching the likes of Bishop, Beasley, Newman, Roberson, Sproles and all the other greats of the late 90s / early 2000s.

I'd never really considered that there was the option that I could actually attend this game in person, since y'know, Manhattan seemed to be an unfathomable distance away from my hometown of Udall. That is until one day in early November 2002 that my father gave me an envelope and told me we were leaving at 8 AM the next Saturday.

When I asked, "Where are we going?" he smiled and said, "Open the envelope dude."

When I opened that envelope and saw three ticket stubs with that familiar Royal Purple logo I had seen on my hero's helmets every Saturday before that I was elated. (Note: There was also some weird red and yellow tornado bird on the ticket too, but I didn't really care about the Seneca Wallace-led Cyclones at the time.)

So, like Dad said, we left at 8 AM on November 9th, 2002 for Manhattan. Rolling into town we head down to Aggieville and do all of the stuff you do down there, ate, and just enjoyed Manhattan for the day since it was a 6 PM kickoff.

We get to the stadium and holy crap it was awesome. I'd finally gotten the chance to see it. Wagner Field at KSU Stadium. We walk in, make our way to the upper section on the East Side and find our seats. The band comes on the field, Wabash and the Fight Song are played. The Classy Cats do there pom-pom shaking and then Here. They. Come. Running out of Vanier, Bill Snyder and my childhood heroes. Clad in Purple and Silver. Many of you can probably imagine how exciting it was to a 10 year old.

The game was great. The 'Cats crushed the #21 Cyclones and I was happy to load up in the car and make the two and a half hour drive back home. But wait, says my Dad. We have to go see a family friend who is in school here. So, I follow my Dad and (unbeknownst to myself) we make our way down inside Vanier to the hallway where the players walk out of the locker room to go home. I remember I had a white K-State shirt on that we'd bought earlier that day and was just beaming up at the players as they walked by. Taco Wallace, Terrence Newman, and all the others. I also got about 20 signatures of various linemen on my shirt, which is boxed up neatly somewhere now.

The one guy I wanted to meet, Darren Sproles, took forever to come out of the locker room and I finally got my picture with him on the North side of Vanier in the dark with a disposable camera. I was so happy, but my day wasn't over yet. As we're walking to the car parked in the Grain Science area, our family friend comes walking up with a guy in a suit. I didn't know who he was at the time, but I he introduced himself as the 2nd string QB for the 'Cats (looking it up now, I think it was Marc Dunn, but not sure). Our family friend was evidently his girlfriend and she said he had a surprise for me.

So, he says, "My girlfriend told me how big of a fan you are of K-State football and I just wanted to give you something to say thanks for your support."

After he said that, he opened his bag and handed me one of those souvenir KSU footballs with the white leather and Powercat on the top half and regular pigskin on the bottom. This wasn't just a plain souvenir football though. The white leather was absolutely covered in signatures of the players. I couldn't believe it.

That one gift cemented my fandom. It's not going to change any time soon, either. Go 'Cats.