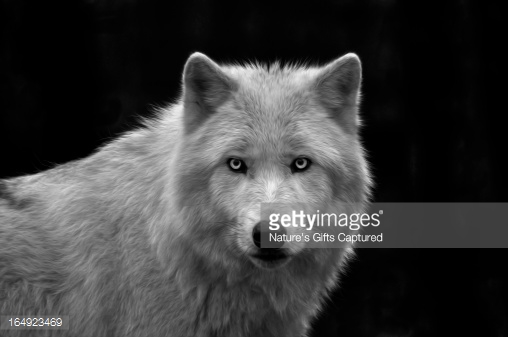 Although this Fanpost has traditionally been called "Fandom Friday," an unquestioned assumption in the professional reviews of Game of Thrones Season 6, Episode 2 has motivated me to craft an early installment to bicker with their interpretations. The usual full post will follow later, though I’d like to get future summaries out early in the week, if I can only get past the horrors of Mondays that have nothing to do with this blog.

The big moment of episode 6.2, obviously, was its last. Few people expected that HBO would resuscitate Jon Snow this early in the season, yet there he was, lying on the table in the show’s final shot, gasping for his first breath of air in nearly twenty-four hours. If you voted that he would be revived this week (which only one of you did, so don’t lie), then you were right. Probably. It sure looked as if Jon sprang back to life. But there is always the possibility that the show is messing with us. Maybe someone possessed his corpse, and what we saw was not the rebirth of Jon Snow, at all. In light of Kit Harrington’s apology for lying to us about not being part of this season, this seems unlikely. But surely we should know by now not to believe everything is as it appears. The resurrection scene had Messianic elements so, like Doubting Thomas, I’ll want to verify the reality of those wounds before I pronounce Jon truly resurrected.

That’s far-flung skepticism, I realize. And it is not the point that led to this early installment of "Fandom." No, this special edition arises from what I consider the naïve assumption that nearly everyone—and I mean everyone; I checked around—has adopted concerning the cause of Jon’s return. All of the professional reviewers accept without question or analysis that the resurrection resulted from the attentions of the Red Lady. How this can be stated as fact with such conviction is perplexing, given that 1) Mellisandre herself and all those in the room with her believed she had failed; 2) Jon was still very much dead when she and the concerned onlookers left the room in various states of disappointment and/or disgust; and 3) the simple explanation is almost never the true explanation. Not on this show. Not in these novels.

Since A Dance with Dragons was published in 2011, readers have been convinced that Jon Snow, despite dying at the end of the book, would live on. Fans of the show made the same conclusion ten months ago, when the last vision of Season Five was of Jon bleeding out in the snow. Two theories of his survival have dominated the discussion. One concerns Jon warging into Ghost, where his spirit lived on until it could migrate to another host. The other was that the Red Priestess Mellisandre, conveniently at Castle Black though Stannis had marched south, would revive Jon in the way the Red Priest, Thoros of Myr, had revived Beric Dondarrian no fewer than six times. The first theory—at least in the context of the show—made little sense. If Jon Snow is hanging around, HBO wants him to do it in the body of Kit Harrington, in whom they’ve invested a bundle of time, energy and capital. The second means of revival--resurrection rites performed by Mellisandre--makes perfect sense. It’s so simple. People will buy it, because they have seen the Lord of Light raise other characters. It also affords the show a a chance to rehabilitate Mellisandre after her faulty readings of the flames and her persistent zealotry caused horrible suffering for Stannis, his army and (at least in the show) poor Shireen. If she saved Jon Snow, viewers might accept her in the way they have Jaime who, lest we forget, in the very first episode threw Bran from a tower window to safeguard the secret of his incestuous relationship with Cersei.

Mellisandre has demonstrated the true power of R’hllor by drinking poison that had no more effect on her than spring water and by birthing a shadowspawn that assassinated Renly. If you believe it was any more than happenstance, her ceremonial throwing of leaches infused with Gendry's blood on the fire brought about the deaths of the usurpers Robb Stark, Joffrey Baratheon and Balon Greyjoy, as well. Even Ser Davos, who admits he is "not devout," believes in miracles because of what he has seen Mellisandre do. In the books R’hllor demonstrated the resurrection power not only through Beric Dondarian, but also Lady Stoneheart. This makes Mellisandre the most obvious vehicle for the resurrection of the Lord Commander, undoubtedly. But the evidence on the screen suggests she failed. Thoros of Myr’s magic was not of the delayed-response variety. He said the prayers, and Beric Dondarian awoke. Why would Jon’s resurrection be different?

Ghost slept through the entire washing, chanting, hand-laying charade. After everyone else had departed, he raised his head, suddenly alert. For a moment it appeared the Jon-as-warg theory might be true. But a few moments later Jon’s eyes popped open and he gasped for air, dispelling the idea that Jon was now one with the direwolf. Jon is back, in his own flesh. But how? Could a force other than Mellisandre's god be responsible? Sure. This is Fantasy, after all.

Aside from R’hllor, at least one other deity of the World of Ice and Fire has demonstrated undeniable extra-human power. The Old Gods. The ones tied to the earth and interacting through nature as embodied by the roots and faces of the ancient weirwood trees. Through the powers of the Old Gods greenseers can view past, present and future events. Perhaps they can even influence them. Bran just happens to be learning the ways of the Three-Eyed Raven, tying himself into the web of the Old Gods. He also has extraordinary powers as a warg and spent as much time inhabiting the existence of his own direwolf, Summer, as his companions on the journey north would allow. The episode opened with Bran witnessing events from the past involving his father, Ned Stark, his Uncle Benjen, and his Aunt Lyanna, who he never actually met. If he can travel to the past and see people he has never known, it stands to reason his training also allows him to look in on present events involving those he knows intimately. Did he warg into Ghost, see Jon dead on the table, and somehow summon the power of the Old Gods to bring him back to life?

Or is there another theory? The belief that Mellisandre accomplished the task ignores evidence to the contrary from the episode and flies in the face of the show’s usual modus operandi to surprise us with the unexpected. In short, it’s not satisfying. It’s too obvious, too unoriginal. Cliché, almost.

Beyond the storytelling reasons for wanting Jon's return to be the result of something other than Mellisandre's weird seance, there is a practical concern, as well. We know that resurrection through R’hllor diminishes the survivor and that resurrection by Qyburn’s methods leaves the reanimated a freakish monster. Mirri Maz Duur brough Khal Drogo back, but he was a vegetable. The Night’s King creates robotic zombies. We should want Jon’s resurrection to be something apart from those we’ve seen in the series so far—not a return for a diminished half-life. He is a hero of the story, and we want him to be able to live fully in his return.

I could be wrong about the method. I could even be wrong to doubt the conclusion of the enormous majority. But on the assumption that Jon’s return is solely the work of R’hllor and Mellisandre, color me skeptical. If that really is how it happened, color me disappointed.