Saturday's match featured plenty of drama no matter your perspective, but it was almost too much stress for Brazilians to handle before they narrowly avoided disaster in the Round of 16.

If I had any lingering doubts about the passion of Brasilian soccer fans and the importance of their success in the World Cup, they were all erased Saturday.

After watching Monday's group play win over Cameroon at Estadio Nacional, I joined two other foreigners (one American) and about 15 Brazilians for Brasil-Chile at one of their homes. The prospect of elimination heightened the intensity from the start, and a dramatic survival for Brasil made it an unforgettable day.

It all began with the national anthem, which everyone who knew it enthusiastically stood and sang all the way through. Then when the match finally began, the scene around me was quite different from most watch parties I've been to in the United States.

Everyone on the back patio where we were not only seemed to keep a laser-like focus on the match, but they also weren't shy about voicing their opinions. Based on gestures and names, all conversation seemed to be people yelling about the action on the field, and it was nearly enough to drown out the commentators.

Of course, the nature of the game lends itself to this kind of atmosphere more than a sport with frequent breaks like basketball or football. Still, it was impressive to see no one allowing any distractions, other than some predictably late arrivals.

A subdued preview of the celebration to come featured air horns and a lot of yelling when Brasil took an early lead, but things changed with Chile's equalizer. Attention started to wane some, especially among a few of the women, and things got a bit quieter.

The trend continued when we returned to our seats after a halftime juggling session, as Chile began to expose Brasil's weaknesses more and more. Finally, though, attention returned fully to the game as Brasil got saved by the crossbar late and headed to extra time.

Any good soccer fan hates penalty kicks, so the nerves started to show in our small crowd when Brasil simply couldn't find a big enough crack in Chile's defense. When it was finally time to decide a winner via shootout, virtually all of us were standing and fretting about an early exit for the home team.

I was of course cheering for Brasil, but it would have been foolish for me to think I could match the emotions in the celebrations for successful PKs or Julio Cesar saves. When he finally made the last one to send Brasil through to the quarterfinals, pandemonium erupted everywhere.

The air horns wouldn't stop for quite a while, and about half the group (not me) decided to jump into the pool. This time there was plenty of hugging to go along with sighs of relief, and less than five minutes after the final whistle, we could see and hear fireworks being shot off from two or three nearby homes.

Several different people told me they couldn't handle this kind of stress much more, so hopefully Brasil can get it together against Colombia. But it still made for quite a party once the tension had finally been relieved.

Festivities continued and moved out into the yard, so by the time Uruguay and Colombia started, we were nearing the end of an increasingly physical soccer match of men vs. (mostly) women. Or something resembling soccer, anyway, so that was a lot of fun.

Maybe we still would have stayed there until 9 p.m. (8 hours after the Brasil-Chile kickoff) had things gone differently, but I think the mood would have been substantially more somber for at least a little while. I'm very happy I didn't get to confirm that, especially since I'd be more worried about my safety in Brasil were they to lose prior to my departure.

It was an incredible return to the World Cup following a day off, which was part of the reason a large part of Friday was spent just lounging around the house. Eventually, I got back downtown and three of us enjoyed a bike tour of Brasilia's unique monument avenue. 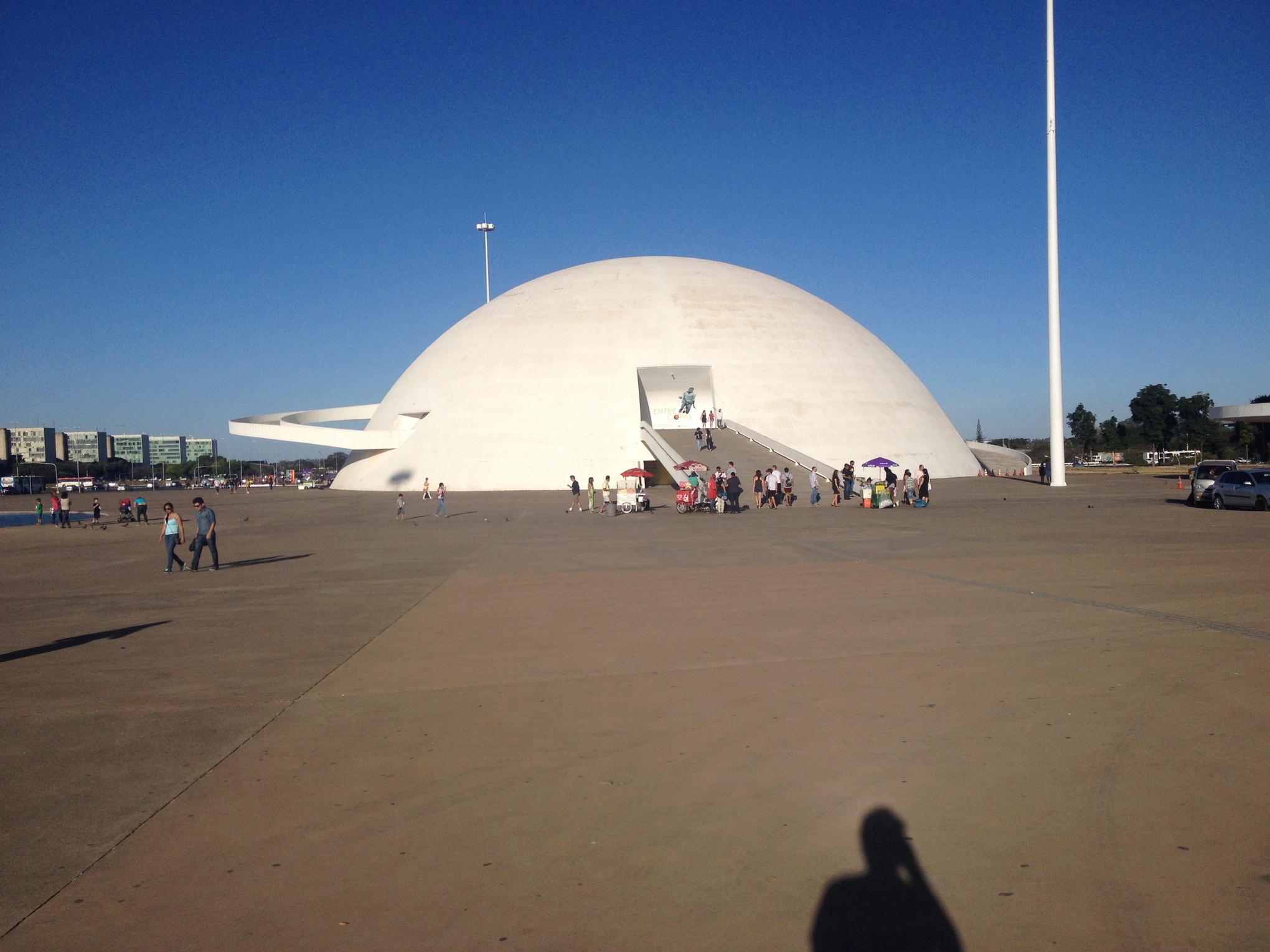 The city's history is actually kind of fascinating, as it was designed midway through the 20th century to be the new capital and look like an airplane from above. Areas are designated for certain purposes (government, commercial, residential, etc.) and its architecture is recognized as some of the best in Brasil, if not the world.

However, it's not exactly a tourist hotspot, even for Brazilians. Naturally, things are a lot livelier here during the World Cup, although it also means prices have gone up considerably for taxi rides, tours, and other amenities.

That being said, my new friends seem to be enjoying the new culture brought on by the tournament, especially since it means less work and more time to play. Many offices close not only when Brasil plays, but also when the city hosts one of the six games at Estadio Nacional.

It's a rather impressive monument itself, and the fact that it's a downtown stadium with a good-sized parking lot is quite bizarre from an American perspective. Naturally, though, FIFA doesn't allow its use for reasons not completely clear to me, so most people end up parking around the mall.

That's also where we parked Friday to take our tour, which began with the overly complicated process of renting an orange bike from one of the stations located throughout the monument tour. From there we made our way to the Biblioteca Nacional (National Library) and the dome-shaped Museu Nacional de Républica (National Museum of the Republic), which was featuring some sort of strange postmodern World Cup art exhibit.

Both of those buildings, and virtually every other significant building in the area, were designed by Brasil's most famous architect, Oscar Niemeyer. He was nearly 105 years old when he died in 2012, and I'm told he never really stopped working.

Some of his most impressive buildings are the government offices, which we got to see specially lit up in Brasil's national colors for the World Cup. Nearly everything is within a four or five-block radius, with the notable exception of the Palácio do Planalto, home of the president.

The sun was setting as we rode past the spectacular Foreign Relations buildings, with its curved pillars and glass windows creating some beautiful reflections in the pool outside. Then we finally reached the Congresso Nacional, which has to be considered the centerpiece and is home to both the Senate (under the smaller dome) and the House of Representatives (larger dome). 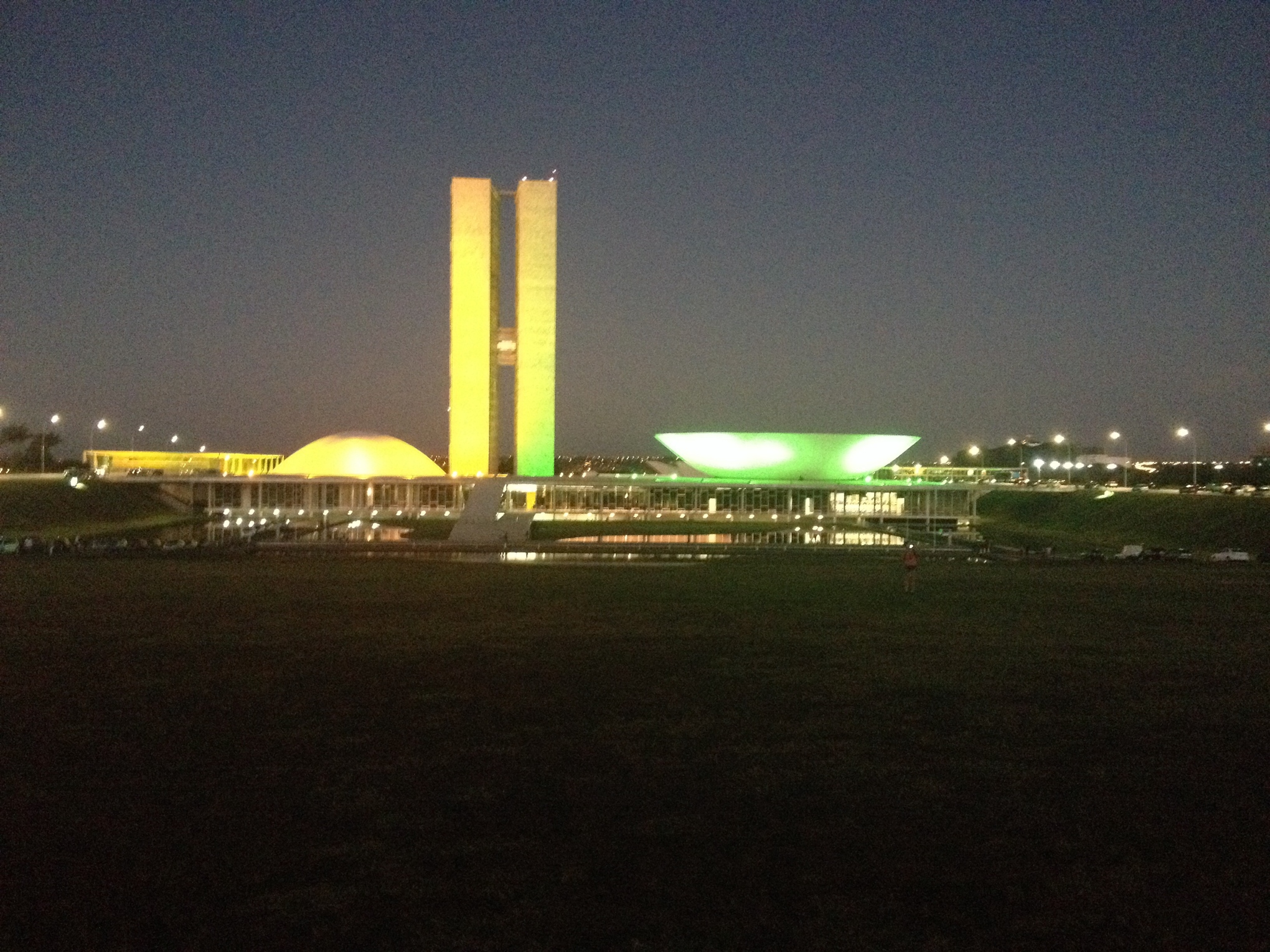 Beyond those buildings and the massive lawn is the Praça dos Três Poderes (Three Powers Square) where you can find a museum, several statues, and the Supreme Court, among other things. It's very evident how everything was created together and follows certain patterns to create a stunning visual experience.

That's probably more than most of you wanted to read about architecture, and I didn't even get to the national theatre where we did what my friend says every Brasilia native has done and climbed up the squares and rectangles on the back roof, or the famous metropolitan Catholic church. I nearly got trapped inside for mass after the security guard closed the main doors between me and my friend, but luckily I was able to find another exit just before he locked that one as well. 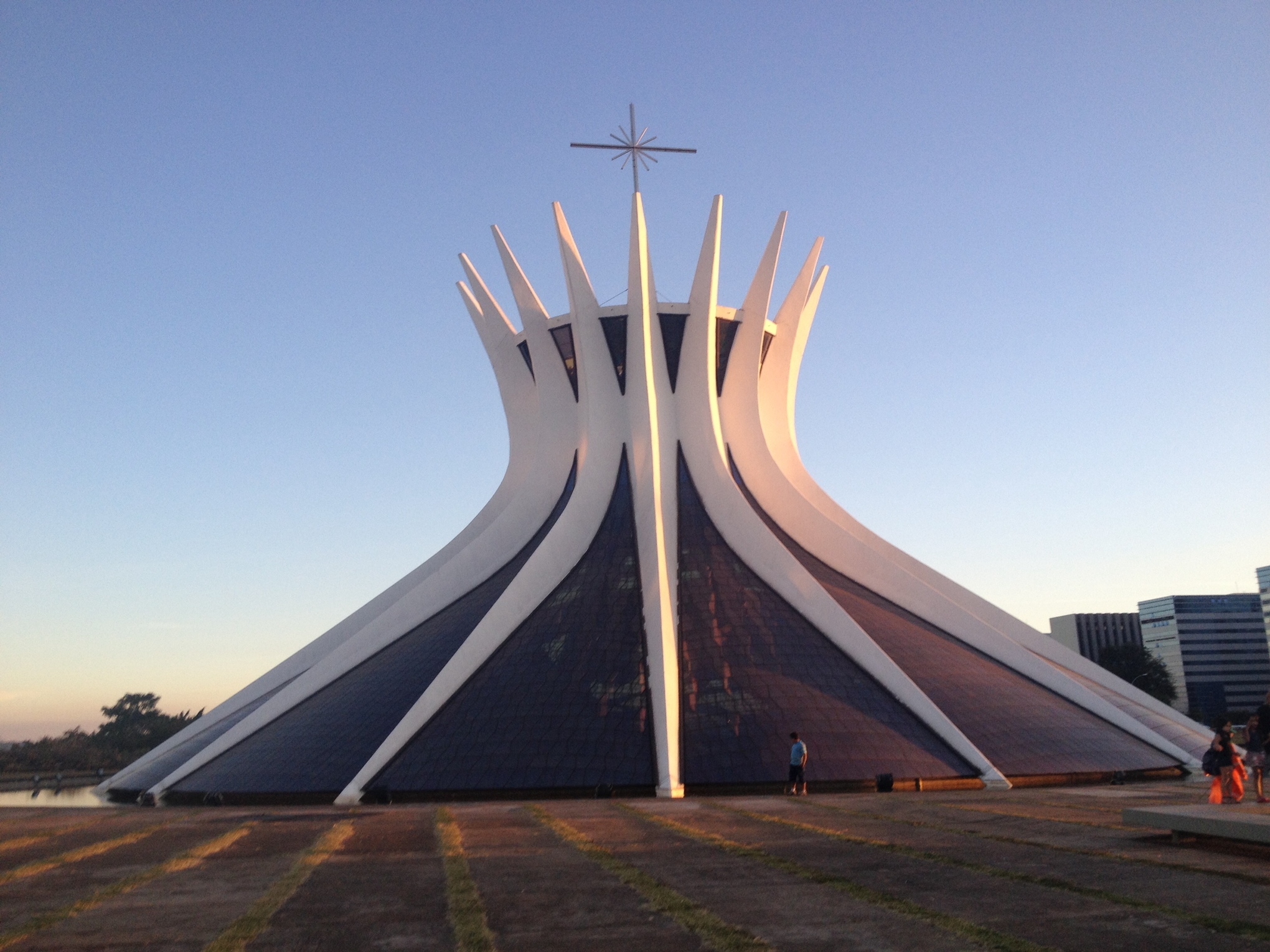 Next up: I go to my last game on Monday, when France takes on Nigeria. Then I'll leave my computer in Brasilia and head to Rio for four days in what everyone here tells me is Brasil's most beautiful city.