Awfully busy for a Wednesday.

Quotes from yesterday's press conference. Of note: Joe Hubener is apparently giving Jesse Ertz a run for his money, Bill seems set on the starting safeties (he doesn't mention who, though; Barnett and Schellenberg, I'm assuming, based on who he says is behind the starters), Zach Trujillo's having a nice spring, and some mostly content-free quotes from various players.

Ken Corbitt discusses Charmeachealle Moore's move into the starting linebacker rotation, as well as the rest of the unit.

Bill Snyder would rather spend Saturday practicing, but Kellis Robinett writes that Snyder says he'll always have the spring game because it's for the fans.

Jason Kersey at the Oklahoman says, to the surprise of absolutely nobody, that Big 12 coaches don't consider their players to be employees.

Cornelius Lucas has finally been given a medical signoff, so he can audition at Pro Day next week.

May 10 at Kansas Speedway is the Kansas 400, and who's driving the pace car? None other than Jordy Nelson.

If Mizzou calls, Underwood will listen. We have a better idea, courtesy of our pals at Rock M Nation: 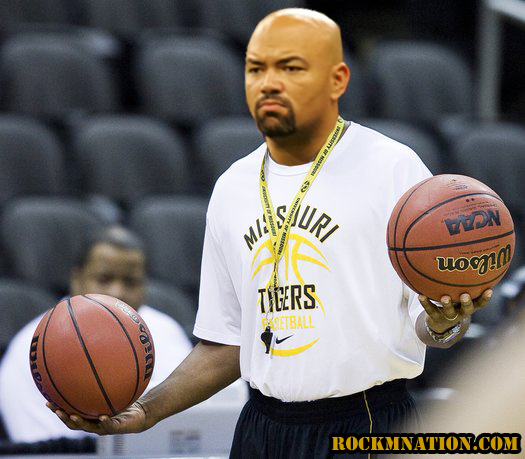 As discussed in comments yesterday, John Currie addressed the transfer issue. Kevin Haskin thinks K-State needs to stick to its guns on this one, among other topics in his weekly bullets.

Don't look now, but the bats woke up. K-State slaughtered Bakersfield 13-0 last night behind three-hit games from Max Brown and Shane Conlon. The Cats now sit at 23-19 ahead of a weekend three-game road trip and their first-ever visit to Morgantown.

The Drake Relays start today, and last all the way through Sunday. It's the biggest event of the season before nationals.

I'm a little baffled that I have to discover this via a North Dakota State release, but K-State's women's team is ranked third in the entire Midwest Region, behind only KU and Nebraska, and have four athletes -- Erica Twiss in the 100m, Martina Tresch in the steeplechase, Alyx Treasure in the high jump, and Sara Savatovic in the hammer throw -- atop the regional rankings in their events. (The rankings reports are fantastic; check 'em out.) The men are sixth in the region, with no top-ranked athletes. The region covers everything from Oklahoma and Missouri north to the Canadian border, plus Illinois, so the women's status is not too shabby.

Also not too shabby: Erik Kynard and a bunch of other guys jumping... in a HyVee in Iowa. Okay, that's shabby. My bad. It was, however, the "official" kickoff to the Drake Relays, so I guess that's important.

Only one K-State tennis player made the Academic All-Big 12 team, but that one -- Petra Niedermayerova, natch -- was one of only two members of the team to post a 4.0 GPA.

K-State's student/faculty team took first place in the site design category of the EPA's Campus RainWorks Challenge, where a design team puts together a plan to deal with storm runoff.

K-State's crops team also took home the NACTA national championship a couple of weeks ago, and we're just now hearing about it.

The Star's Rick Montgomery on the depressing fate of King Louie West, where your benevolent despot spent countless hours of idle recreational time back in the day.

And finally, a great big Bring on the Cats welcome and huzzah for the newest member of our family, Christian Reiley VanGilder, born last night. Christian is 7 lbs 6 oz, so he only needs to pack on another 215 or so to play middle linebacker. Congrats, JT! Good luck getting any sleep now.