Derek gives us a look at the best news and notes from the week six teleconference.

It was announced that the Kansas State-Baylor game will be played at 2:30 on FOX 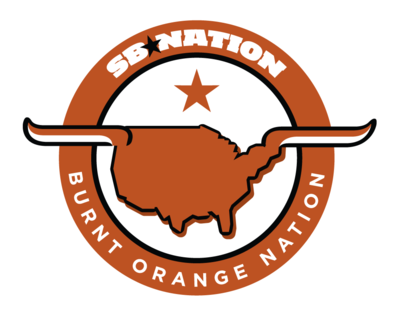 As far as his current team is concerned, he said he's never coached an away game on a Thursday since he's been at Texas, but it will afford them an opportunity to get more practice in for OU. He noted that Iowa State's record on Thursday and Friday night should make it for an interesting game. He also said Aaron Wimberly makes the Cyclones a different football team at tailback.

Kansas Jayhawks coach Charlie Weis talked about Texas Tech and said the offense is more based on getting the ball in the hands of the playmakers than it has been in the past when it was more centered around quarterback play.

He said the win over Louisiana Tech was a big psychological plus and made things a lot easier to tolerate. Whatever that means.

He refused to speak about Marquel Combs.

Oklahoma Sooners coach Bob Stoops praised his linebacking corps, saying they are right up there with some of the better ones he's had at OU. Stoops doesn't believe in letdowns and doesn't think the big win will affect their performance against TCU. He commented on Blake Bell and said his performance was "fantastic" and his "poise was great."

Oklahoma State Cowboys coach Mike Gundy said that K-State looks the same as it has the last few years in terms of scheme. Gundy said his defense will prepare for the "junior college transfer" and thinks K-State has another concept for "the other guy" that they will respond to as well.

Kansas State Wildcats coach Bill Snyder was asked by Jen Carlson about the Lockett family. He said they all have the "intrinsic values" and that Tyler is more similar to Aaron than Kevin. He was asked to review the bye week and seemed to read from his calendar, just reciting what was done on each day. He expanded by saying "they tried to improve in areas that needed improvement" and they "did in some cases" and in others "they still need improvement."

West Virginia Mountaineers coach Dana Holgorsen said that against Oklahoma State, the defense set up scores for the offense better than they have in past weeks. He said Clint Trickett reacted well under the circumstances but the offense and the way it's coached at West Virginia is still "foreign to him."

He was asked to compare this years' defense to last year and explained that the biggest difference is not having 10 true freshmen. He praised Baylor, noting that the defense has made huge strides since last year and the offense has also improved.

Texas Tech Red Raiders coach Kliff Kingsbury is not a big fan of bye weeks but he admitted it did help as far as injuries are concerned. He also said he is "excited for the challenge" of playing in Lawrence this week. He said the Kansas defense looks "much improved" from last year but he hasn't watched much of the offense.

When asked about Michael Brewer, he said Brewer has not "officially" been cleared to practice, but he should be able to get on the field a bit this week and see how it feels.

Baylor Bears coach Art Briles commented on the play of Antwan Goodley, saying he is "very explosive and very dynamic." He noted that the idea of two FBS head coaches being removed from their jobs in September is "disturbing." He said the team understands where they are in the season and that he hasn't paid much attention to the gaudy offensive statistics they've put up so far.

Iowa State Cyclones coach Paul Rhoads commented on the leadership of Tom Farniok and said that the idea of him drawing up plays is not surprising and that he is "very valuable to [Iowa State] being successful." He called Texas "big" "strong" and "physical." When asked about the Thursday night game, he said it is "college's version of Monday Night Football" and that it is very important to players across the country.

TCU Horned Frogs coach Gary Patterson spoke about improvements with penalties, saying mental fatigue had a lot to do with the issues and the week off really helped.