Share All sharing options for: K-State vs Cal-Poly @ Cal Invitational

It was the best of times, it was the worst of time and the Lady Cats fit both descriptions last night as they struggled in a 3-1 victory over Cal-Poly.  The good was that the team overcame a 4th game deficit of 7 points to win the match, showed glimpses of excellent play and have solid setting.  The bad is that the ball hit the ground several times while players hesitated and the Lady Cats had a defensive specialist on the front row for a play.

The first game had Cal-Poly up by a point before the Lady Cats began their run to win the game.  The second game was more of the same as the Lady Cats made a run to create separation and win.  The third game had a lead that Cal-Poly was able to erase for the win.  And the fourth match was not a good game early for the Lady Cats, but at the end they were able to play like they were capable.

Speaking with a knowledgeable volleyball person, the Lady Cats need more aggressiveness and knowing how and when to be in a certain spot.  Not once did Cal-Poly watch the ball hit the ground, while the Lady Cats had several instances where two, three or four players did not make a play as the ball hit the court in the middle of them.  The question in my mind is how do you coach the Lady Cats such that they play like the are capable of playing?  Do you use the Frank Martin tough love, the Bruce Weber positive reinforcement or the Bill Snyder pay attention to details approach?

Things not related to the game:
If you have traffic backing up in the left hand lane on I-5 in CA, the odds are that the car causing the back up has Oregon plates.
Never complain about on-campus parking again.  The Cal parking situation is not good, as in horrendous.
And just for TB: 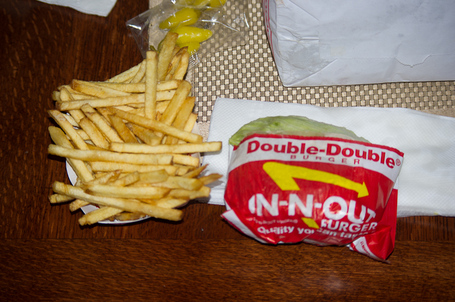