With the regular season in the bag, it's time to take a look at the conference tournament, where K-State looks to be the prohibitive favorite.

Senior Day turned out to be a bummer for the Cats, as they went down to Oklahoma 7-2 and in the process failed to reach the 40-win mark in the regular season. Starting Thursday, however, they'll have the opportunity -- and hopefully several of them -- to pad the win total before the official selections for the 2013 NCAA Baseball Championship are announced. Running the table would push K-State's overall record to 43-16, which ain't too shabby.

Yesterday, the regular season officially closed with Utah's 7-6 win over Kansas. With that piece of business out of the way, it's time to take a look at the field now in preparation for Thursday's festivities. Note that all games prior to the championship on Sunday will air on Fox College Sports Central (although it may be on FSSW and/or FSMW, in which case FCSC may be blacked out on your system -- check and be sure), and games after the first game will be subject to delay in the event of extra innings or nasty weather.

Because of the tornado, the double-elimination format has been scrapped; the two bracket divisions (1-4-5-8, 2-3-6-7) will now each play a three-game round robin on Thursday, Friday, and Saturday, with the pool winners facing off on Sunday for the championship. The opening games of those round-robins, however, remain the same as the originally scheduled opening-round games in the double elimination, so with that, on to the preview. 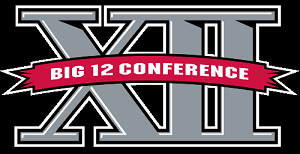 Both teams limp into the tournament. Oklahoma, who'd been bouncing in and out of the conference lead all season, wilted down the stretch, losing series to West Virginia, Oklahoma State, and the Wildcats in succession, as well as a pair of single games against Dallas Baptist. The Sooners are led by stud junior pitchers Jonathan Gray and Dillon Overton, who were both part of the five-way tie for the conference lead in wins with matching 8-2 records, but they've both proven not to be invulnerable in May. Still, Gray has been striking out hitters at a prodigious rate, running away with the league lead by notching 115 Ks on the season in only 14 starts, and opposing hitters have only touched the Howser nominee for a .188 batting average. That's 10.25 per nine innings. Junior 1B Matt Oberste paces the Sooner offense, piling up a .389/.466/.659 line with 10 HR and a league-leading 51 RBI and 81 hits. Senior SS Jack Mayfield added 7 HR and finished second in the conference in runs scored with 47.

Baylor also stumbled late, though not as badly as the Sooners. They swept last-place (and staying home for the tournament) Texas and picked up a win at Texas-Arlington, but then suffered a painful sweep in Lawrence. The Bears rebounded with a home win over UTSA before dropping two of three in Lubbock. Senior OF Nathan Orf was third in the league in hitting at .380, but doesn't possess any power to speak of. Senior 3B Cal Towey supplies the punch, finishing tied for fourth in the conference with 43 RBI. Baylor's #1 starter is senior Max Garner, sixth in the loop with 63 strikeouts.

If Oklahoma righted themselves mentally in the season finale win, they should handle business here, but Baylor did take two of three in Waco in April. Still, this is a de facto home game for the Sooners, which will be a boost, and they'll be playing with some emotion; that could help or hinder them, of course.

Tech is playing okay coming in, having just taken the season-ending series from Baylor and recording recent non-conference wins at home over Dallas Baptist and New Mexico. They dropped series against Oklahoma State and Oklahoma just before that, though, along with a loss at Arizona State. Statistically, Tech's at the bottom end of the league; seventh in hitting at .262 with little power, and dead last in ERA at a frightening 4.88. That's despite junior Trey Masek, who went 5-1 with a 1.52 ERA in 10 starts. Outside of freshman OF Eric Gutierrez (6 HR), junior SS Jake Barrios (second in the Big 12 with 48 RBI), and sophomore CF Brett Bell (the league stolen base champ with 31), Tech has very little in the way of offensive weaponry.

Ultimately, the Cats easily swept the Red Raiders in Manhattan back in April, outscoring them 33-9. Tech's porous pitching staff simply doesn't match up with K-State's crazy offense, and it's not a homeriffic sentiment to expect the Cats to win Thursday with no trouble.

The Jayhawks appear to be in deep, deep trouble. They came into the stretch with a sweep over Baylor and a win at Wichita State, but then got swept by the Wildcats at home then went to Utah and got swept again. They're quite literally the only team in the conference riding a losing streak of any length heading into the championship; any kind of streak at all, actually, as other than Kansas everyone who won their finale Sunday lost on Saturday. The Jayhawks are led by senior 1B Alex DeLeon (third in the conference with 9 HR, t-fourth with 43 RBI) and junior closer Jordan Piche', who led the Big 12 with ten saves.

West Virginia's not on a roll themselves. They took two of three from the Sooners, but then lost a series to TCU and a single game to Marshall, all seven games in West Virginia (though none actually in Morgantown). Then they finished the season in Stillwater, losing the series to the Pokes. The Mountaineers' leading hitters are junior 3B Ryan Tuntland (.330/.420/.436), junior 1B Ryan McBroom, who knocked in 43 runs while leading the conference in homers with 11, and junior DH Matt Frazer, who added another seven round-trippers and 37 RBI. Like Texas Tech, West Virginia's main problem is pitching; the staff ERA was only 3.96 although sophomore Harrison Musgrave (who was just named Big 12 Pitcher of the Year this morning) posted a 2.14 era and an 8-1 record in 13 starts while leading the league in shutouts with three and allowing only a .197 opponent batting average. In other words, when he starts, good things will probably happen; when he doesn't, watch out. Another achilles heel for the 'Eers is their fielding; they were last in the Big 12 in both fielding percentage (I know, it's a stupid stat) and double plays turned (which isn't). And as dumb as fielding percentage might be, you can't ignore 84 errors; the next-worst team in the league was Baylor and they only committed 67.

This matchup could really go either way. Kansas was fighting for the league title not that long ago. If the Mountaineers had closed well, it would be a different story, but despite being a 3/6 game this is really a meeting of near-equals -- unless Musgrave throws game one, in which case West Virginia will likely win, but then what?

Notably also, if you haven't been paying attention, West Virginia's entire team -- who remained in Oklahoma after the series in Stillwater rather than going home and coming right back two days later -- went out last night to purchase goods to help the people affected by the Moore tornado. This is relevant when everyone converges on Bricktown because instead of having two effective home teams at Bricktown, we'll have three; the Oklahoma City crowd is going to be very, very well-disposed toward the league's easternmost member. That's not a complaint; the Mountaineers' actions are absolutely laudable, and as far as we're concerned seal their status as a member of the Big 12 family. Good show, newbies.

Don't sleep on the Frogs just yet. A miserable -- by TCU standards -- season ended well, with series wins at Southern Cal and West Virginia before a home win over Texas-Arlington and series win over the Longhorns. Indeed, TCU is 17-10 since the start of April, fighting back to erase a truly abysmal start to the season. If any team's poised to walk away with a surprise championship this week, it's the Amphibians. The biggest problem TCU faces is that they essentially have no offense. They were last in the league in hitting at .247/.336/.318, and that's not a typo. TCU slugs six points worse than K-State hits. The only Horned Frogs to even appear among the league leaders in any hitting category are sophomore OF Cody Jones, sixth in the conference with 43 runs scored, and senior 3B Jantzen Witte, who tied for fifth with 31... walks. Yeah. They make up for it on the hill, posting an ERA of 2.73, but in the Big 12 that's largely irrelevant: Texas led the league, and they're watching this tournament on FCS just like most of us will be. Sophomore Preston Morrison led the Big 12 in ERA with a 1.22 mark, but only had a 7-3 record because "run support". Sophomore Brandon Finnegan was second in the loop with 86 strikeouts (9.97/9 IP).

Oklahoma State's also been playing well, taking series wins at Texas Tech, at neutralish sites over OU, and at home over West Virginia, plus a win at Wichita State. And they'd won five in a row before that 10-game closing stretch, so they're just as hot as the Wildcats. The Cowboys were second in the league in hitting at .289/.380/.412, but even that batting average was 35 points behind the WIldcats' insane output. Junior OF Tanner Krietemeier, a Nebraska transfer, was tenth in the league with a .329/.412/.469 mark, adding 4 HR and 41 RBI. Senior SS Randy McCurry, who also sees some action on the hill, led the circuit with 20 doubles. On the mound, we finally meet the Big 12's fifth eight-game winner in junior starter Vince Wheeland, who went 8-1 and was sixth in the league in ERA at 1.79. Workhorse sophomore Jason Hursh logged 97 innings and struckout 79 (7.33/9 IP), while Randy's brother Brendan McCurry, a junior, notched eight saves.

Either team could win this one, but the safe bet is to expect the Cowboys to dispatch our purple brothers. The Frogs hot streak is nice, but OSU has played well all season outside of a slow start to the conference slate -- remove their .500 start in Big 12 play, and they've been 32-7 otherwise. You can't ignore that, and you can't ignore the fact that the teams match up poorly, at least for the Frogs. Yes, TCU can pitch, but OSU can hit. The Cowboys, on the other hand, can also pitch a little, which sort of spells doom for a team which won way too many games 2-1.

There you have it. Join us Thursday for open thread goodness kicking off at 9am; until then, if you can help the people of Moore in any way, please do. After three devastating twisters in 14 years hitting the same city, they can use all the help we can give them.