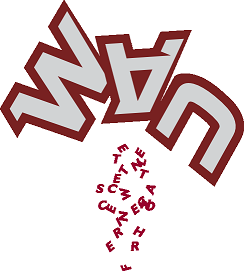 Finally, Shots Are Fired: Texas-San Antonio, which has yet to play a single game of anything as a member of the WAC, is reportedly on its way to Conference USA, with Louisiana Tech following shortly (as well as North Texas and Florida International from the Sun Belt) as soon some Is are crossed and Ts are dotted, or rows are put in a duck, or some such. Meanwhile, for reasons having nothing whatsoever to do with football or basketball, Utah State and San Jose State are set to join the Mountain West.

Obviously, this would pretty much doom the WAC; should these moves happen, the conference would be left with non-football members Seattle, Denver, and Texas-Arlington, plus Idaho, New Mexico State, and Texas State. The Mountain West may not be done yet; they're holding off on further plans pending the completion of the Big East's new TV deal, which -- if it's underwhelming -- might induce Boise State and San Diego State to ditch their Big East plans. But even if BSU and SDSU continue as planned and the MWC expands by two more schools, that's going to leave one of the football schools in the lurch -- and honestly, it's hard to tell which one would get left out in the cold. More analysis on this after the jump.

Idaho and New Mexico State both have a combined pro/con: they're bitter in-state rivals with existing MWC members, which makes bringing them into the conference a good thing, but also may work against them (think South Carolina/Clemson here). Idaho has another huge con: their stadium is... well, really small. Texas State has the benefit of being in Texas, and the drawback of being sort of in the middle of nowhere in Texas. If two of these three schools eventually find a safety net, the only thing I'm sure of is that New Mexico State will be one of them.

As for the non-football schools... UT-Arlington was widely thought to have moved to the WAC in the first place in part because they were the only non-football school in the Southland Conference. But the Southland just added Oral Roberts, who does not have and has no immediate intention of forming a football program, so a move back to the Southland wouldn't seem to be a problem for the Mavericks. Seattle only joined the WAC because the West Coast Conference wasn't biting, but they might be able to work that channel and find safety. Denver... Denver is the real loser here, because there's just no place for them to go logically at this point. The Big Sky is already overcrowded, they're way too far east for the WCC, and the Summit League just finally got rid of Southern Utah so they're not going to be chasing a team that would replace USU as "that team way the hell out west". The next best option after all those would be as a basketball-only member of the Big 12 and LOL NO NOT HAPPENING.

The only way the WAC can actually survive this is to raid the Big Sky, but they'd need to hit and hit hard, convincing at least four schools to move from FCS to FBS. Unfortunately, the list of FCS schools in the WAC's footprint with the resources to potentially make the move isn't long: Montana, Montana State, North Dakota, North Dakota State, and Portland State. It's not pretty, and we may be witnessing the death of a conference which has, speaking realistically rather than legally, been around in one form or another as a major conference since 1909.

I Think They Really Liked Him: Seth Greenberg's replacement at Virginia Tech is former assistant James Johnson. Reading between the lines here, some things become obvious. Greenberg was fired because Virginia Tech was weary of his assistants leaving to take assistant jobs elsewhere, and Johnson himself had just left for Clemson earlier this month. Taking all that into account, it might well be that it was Johnson's departure which precipitated Greenberg's firing in the first place.

Get Some Learnin': Early commits are on the rise, and SBN's Jason Kirk delves into the reasons.

Just Wait Until They Get Tired of One Another: Jarius Wright and Greg Childs went to elementary school together. And then high school. And then Arkansas. And now they're both Minnesota Vikings.

Too Soon? It's Never Too Soon: Ladies and gentlemen, the 2013 mock drafts are underway. No, Collin Klein is not a first-rounder. Unless he starts throwing for 480 against real Big 12 defenses.

We Can Finally Stop Talking About It, Which Is a Relief Because We Already Had: The NCAA finally brought the banhammer down on South Carolina over the hotel fiasco. Of course, South Carolina had already hammered themselves pretty hard, so the NCAA merely piled three years of probation onto their backs (in other words, "didn't do anything further").

Frankly, This Is Unfair: Binghamton, on the heels of a 2-29 season, fired former Temple star Mark Macon. It was a gutless move. In the wake of rampant scandal in the program, Macon stepped into a nightmare and simply keeping the team together was a miracle. To fire the guy when the program hasn't even had time to recover from the fallout is just unspeakably poor form.

Maybe He Can Go to Binghamton, Then: Illinois State has a statue of Doug Collins, and they really want his son Chris Collins to replace the departed Tim Jankovich, but they may not get him... because he might get an offer he can't refuse after just a couple of years if he succeeds, or he might fail utterly. Both results would irreparably tarnish his father's legacy at the school, and he doesn't want to be in that position. Look, I can't blame him.

Lots and Lots of Quick Hits: It was a busy weekend for minor news items. Alabama QB Philip Sims is transferring to Virginia. Utah State has new uniforms to go along with their probable new conference. Southern Mississippi has stolen Donnie Tyndall from Morehead State to replace the departed Larry Eustachy. Tony Mitchell will forego the draft and stay at North Texas, but Terrell Stoglin, who's been suspended by Maryland for a year, has said "screw you guys" and declared for the draft. Penn State WR Devon Smith: charged with possession. Oregon RB Tra Carson: transferring to Texas A&M. Larry Brown is already cleaning house at SMU.

Diablerie: Florida State has a new horsey mascot for the kids, and it's just silly. USC tries trolling UCLA; it's super-effective! SPARTY, NO! A loss of 13, a fumble, and a touchdown for the defense... if not for the offsides penalty. Please, Wildcat fans, don't do anything like this to your car.