Share All sharing options for: K-State Film Study: Klein Shows Off His Arm

As we examined yesterday, K-State used a punishing running game to beat Miami on Saturday. After his spot appearances last year, particularly the Texas game, nobody was questioning Collin Klein's running ability. But given his dearth of passing attempts, much less successful passes, there were plenty of questions about his passing ability.

Those questions were in particular focus going into last Saturday's game against the vaunted Miami pass defense. As has been well documented, the Hurricanes allowed only four completions to Ohio State the previous week, and I joked that Klein may not attempt four passes. Boy, was that wrong. Klein completed four passes on the first drive alone, and on K-State's second scoring drive of the day, Klein threw a 20-yard strike to Tyler Lockett for the true freshman's first career touchdown catch. 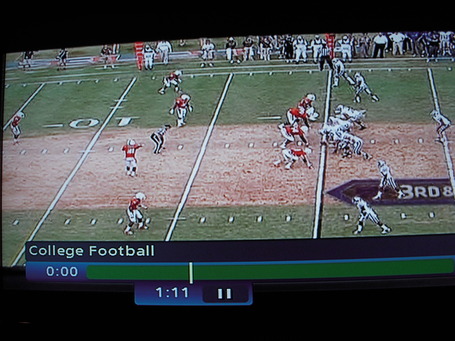 The play came on a third down and 10 yards to go from the Miami 20 yard line. K-State lines up in 00 personnel, with five wide receivers. Miami is in nickel personnel, with only three down linemen (they'll drop eight players into coverage) and its near-side linebacker lined up on Lockett and safety help over the top. 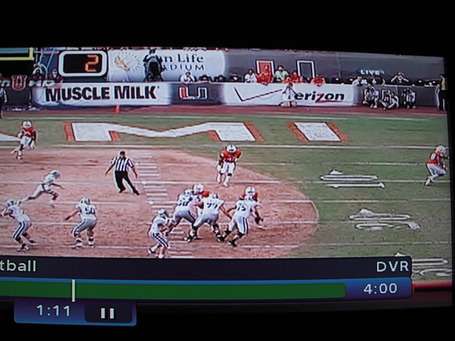 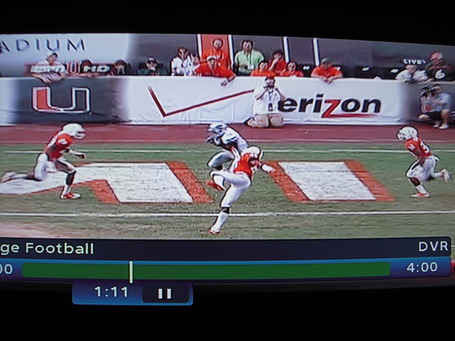 ...but it's not close enough to make the play. In fact, the middle linebacker is the closest to breaking up the pass, but Klein floats it over his outstretched fingertips to Lockett's waiting arms, in between the two Miami safeties.

Is Collin Klein a future NFL quarterback, No, a thousand times, no. But that's not the point in K-State's offense. The Wildcats run the ball to set up play-action passing and look for soft spots to exploit in zone defenses, such as on this play. If Klein can make the correct reads 15-20 times per game, like he did on this play, K-State will be just fine on offense.