After being utterly mystified with the machinations by Lunardi, Palm, et al in the construction of their brackets, I have put together some BOTC "bracketology." I used two criteria in seeding this bracket: (1) A simple formula averaging the RPI, Pomeroy, and Sagarin; and (2) The "Eyeball Test", which is why a team like Alabama is in over some of the other teams with better RPI numbers.

Kansas is the overall #1 in my bracket, Ohio State is #2, and I think Duke is the third 1-seed. Pittsburgh gets the last #1, as neither they nor Notre Dame made it to the conference tournament final, and Pittsburgh better passes the "eye test." I did not put Penn State in because, frankly, I don't think they're very good. 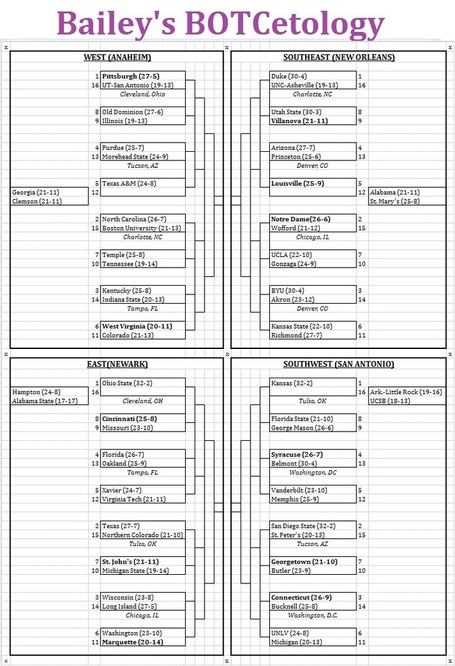