From Austin Meek, an excellent article on Nigel Malone's background. He has overcome a lot, and not just because he was an unrecruited football player out of high school.

K-State is content to be the slowpoke in the uptempo Big 12. It really doesn't have much of a choice, even though some of Bill Snyder's teams have played at a very high tempo. Among many other things, Snyder's ability to adapt to his personnel is one of the biggest reasons he's one of the best coaches in college football.

K-State tumbled to No. 17 in this week's BlogPoll.

Rush the Court has a two-part look at the Big 12 as it was 10 years ago. WARNING: Part I leads with a photo of a player we'd all probably prefer to forget, and mentions him as a bright spot on the team. In fairness, he was a pretty good player. In full disclosure, he produced one of the most embarrassing moments in a long string of embarrassing moments in K-State history. Part II takes a look at the South schools.

Meanwhile, I hadn't seen this before. Not quite as good as Baby Bill Snyder, but not bad, nonetheless. 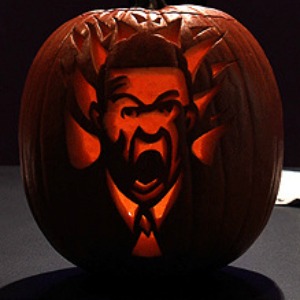 This week's Alphabetical includes quite a bit of K-State talk.

After Tuesday's insane game between Northern Illinois and Toledo (final: 63-60), Bill takes a look at the games the rest of the year that could result in a lot of points. Curiously, K-State/Iowa State on December 3 is not listed.

Big 12 interim commissioner Chuck Neinas said he expects West Virginia will play in the Big 12 next season, despite the Big East's hard-line stance that WVU will be held to its 27-month commitment. The article indicates WVU's invitation to the Big 12 is contingent on the Mountaineers playing in the conference next season, although Neinas is not directly quoted saying that. West Virginia has filed a lawsuit against the Big East seeking to be released from its 27-month commitment, and public comments about its invitation being contingent on something certainly don't help its leverage in negotiations. Of course, what is the Big East going to do if the 'Eers decide to play in the Big 12 next year? It's not like they can send the Big East Police to Morgantown and force them to play Rutgers and Louisville. In the end, the Big East may extract more money from WVU, but expect West Virginia to play a Big 12 schedule next season.