Methinks doth Protest too much...

Share All sharing options for: Methinks doth Protest too much... 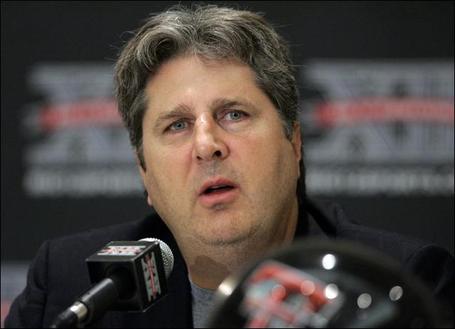 I'm sure by now many of you have read Mike Leach's comments at Big 12 Media Days regarding a playoff. Good stuff, and it's always nice to see a prominent coach stand up for fairness and common sense.

But you probably also know that while I'm something of a playoff advocate myself, I'm more of a "16-team" guy than a "64-team" one.

This is all a roundabout way of saying: It's August, football camps are beginning and it's time to finish the Protest Playoff. Starting tomorrow, I will get the 2006 playoff restarted as a sort of "Countdown to Kickoff" feature to pump some football back into your veins and help pass the days during the longest month of the year.

And, yes, I know there are only three seasons left to simulate. I have something special planned for Week 4...