Share All sharing options for: Big 12 and Taunting: Better Late Than Never 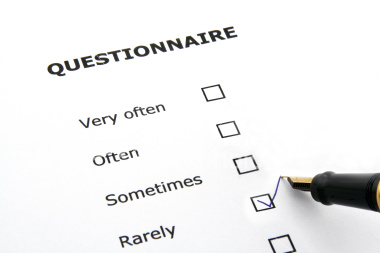 As I mentioned in our last post, TB has graciously filled out a questionnaire regarding taunting and the Big 12 for a guy doing some research on the topic.  Other SB Nation sites have done this already, but because we were all kind of indisposed,  I didn't get around to posting it.

His answers are after the jump.  I've added mine in for dramatic effect as well.

What Big 12 team do you cover for SB Nation?

Panjandrum: What he said.

Who do you consider to be your team's biggest rivals?

TB: K-State's clear rival through all of history is Kansas University.  It's the only other in-state school that's been in the same conference for the majority of the two schools' athletic histories.  The rivalry between the two schools is one of those in-state things that requires people to take sides -- unless you're from Johnson County and want to root for both -- and defend their territory.  For most of the rivalry's history, the competition on the basketball court was much more meaningful than the gridiron showdowns.  Until Bill Snyder arrived in 1989, K-State was the worst college football program in the nation, and KU wasn't a whole lot better.  A lot of the teams' meetings in football were the best shots either would have for a win the whole season.  Not much to build a heated rivalrly on there.

Since the waning years of the Big 8 and the early years of the Big 12, a fairly heated rivalry developed with Nebraska in football.  The Huskers dominated K-State much the same way they dominated most of the rest of the Big 8.  Among old Big 8 schools not named Oklahoma, K-State was the first program after Colorado to really challenge Nebraska consistently.  Despite not knocking off the Big Red until 1998, the games from about 1993 on were, if not nail-biters, then certainly a lot more competitive than any in the series since the late 1960s.  This rivalry has dropped off substantially since about 2005 as K-State took a nose dive under Ron Prince, Nebraska's Bill Callahan Experiement failed, and the meeting with Nebraska no longer had division title implications each fall.  Still, whether they admit it or not -- and trust me, they won't publicly -- Nebraska fans hate their "little brother" in Manhattan who had the audacity to get good for a decade or so.

What teams and specific players do the casual or die-hard fans of your team hate the most?

TB: All athletic teams at Kansas University would be the runaway winner for most-hated team among the general K-State fanbase.  For obvious reasons, the KU men's basketball team is generally hated the most, because K-State fans are tired of losing on the hardwood, and the older fans remember when things weren't like this, back in the days when Jack Hartman, Tex Winter, Lon Kruger and Jack Gardner roamed the sidelines, the series was much more competitive.

I'm not sure I could point to a specific player our fanbase really hates.  After the debacle in the fourth quarter in 1998, the name Sirr Parker will always evoke much loathing in Manhattan.  During the glory years of football, KU was generally so bad that none of its players were particularly annoying.  I was never a big fan of Nebraska's Matt Davison, and I'm guessing Missouri fans aren't either, because after the loss in 1998 he struck me as being kind of whiny.  During KU's one fluke year of glory in football, Aqib Talib was unbearably annoying, except for one play in particular.

Panjandrum: Sirr Parker sucks, Eric Crouch sucks, I hate Josh Heupel because he almost single-handedly prevented KSU from winning the Big 12 in 2000, and anyone that has ever, does, or will ever wear a KU jersey of any sort is no friend of mine.

If you wanted to taunt players from the conference, who would be the biggest targets? The rest of college football?

TB: From a scoreboard perspective, we could remind Colt McCoy that, for all his success in Austin, he just can't beat K-State.  Our edge over Nebraska's Bo Pelini is wearing thinner, but we still regard the Huskers' head coach as generally being a whacko who may know defense but is otherwise pretty unintelligent.

Alas, we haven't had much to cheer about the last few years, so we don't have many taunting rights.  However, thanks to Bill Snyder's run, we have enough North championships, back when that was a pretty meaningful win, and a Big 12 title to maintain some sort of edge of some of these other programs.  Missouri has now won two North titles, but never a Big 12 title.  KU hasn't even managed to win the North, let alone the conference.  We'll have to hang our hat on that for now while we hope Snyder has another run left in him.   I suppose we could still taunt Iowa State, but really, that would be like Farmhouse bragging that it knows more about agriculture than Phi GammaDelta.  Duh.

Panjandrum: I like poking fun at Iowa State.  It's kind of like making fun of Canadians; it's harmless because you know they're just going to say, "Yeah, we know.  Can we get you something to drink?  We're desperate for any sort of attention."

What kind of taunts would sting the casual fan of your team the most-going after the make-up of the fan base, individual players, coach, school, or the state?

TB: Most of the criticism directed our way we laugh off as outsiders who don't have a clue what they're talking about.  Others criticize Bill Snyder for being boring and Frank Martin for being a maniac.  Ho-hum.  They blast Manhattan for being a remote backwater hellhole.  We don't care, we like it.  Some laugh at Martin Gramatica's antics.  Well, yeah, he's kind of nuts, but he made a lot of field goals.  Some like to endlessly point out how bad we used to be at football.  Trust me, we haven't forgotten.  It's part of what makes our program and our story as fans unique.

They don't sting as much as they used to, but I get tired of hearing about cupcake scheduling.  K-State and scheduling a slate of easy non-conference opponents has become synonymous in the college football lexicon.  It frustrates me because there are others who are just as bad about it as we are, and because people talk about scheduling without any context.  Sorry, but until you give a team some incentive to schedule up, there's no reason to do so.  Second, we're a small school with a small budget and football funds the rest of our athletic department, sans men's basketball.  We need as many home games per year as possible.

Panjandrum: The only thing that bugs me is when people question the academic integrity of the university due to the number of JUCO players we tend to sign.  The admission standards at K-State are set by the Kansas Board of Regents for the sole purpose of educating the populous.  We have many excellent programs at KSU, but just because we open our doors to some folks that struggle academically, like any good land grant institution, it means that we're all stupid.  That bugs me cause I ain't stoopid.

In 100 words or less, best describe your team's fan base.

TB: Relatively small but passionate about our sports teams.  We are 100 percent behind a team and coach that show they put in maximum effort to represent the Purple and White.  We hate KU, laugh at Nebraska's pretentiousness, can't stand Texas' arrogance, and we do it all with a beer in one hand and a hot grill in front of us, during football season.

Panjandrum: Diverse.  You've got people from large metropolitan areas, folks from towns that have a few dozen people there, and a giant cross section of people in between.  Going to a football or basketball game at KSU will really expose you to the whole of the socioeconomic spectrum.  We are a living allegorical caricature of what a land grant institution should be.

What are the common stereotypes associated with your team's fan base and the school in general? In what ways are they true/false?

TB: A great many stereotypes were built about K-State during and after Bill Snyder's run, and I already mentioned the weak scheduling.  Another one is that any dunderhead can get into K-State and get a degree, thanks to Snyder's practice of mining the extensive Kansas junior college system for talent.  I've always found "degree smack" to be a little weak, and this case is no different.  I'll never apologize for K-State's mission as a land-grant university to give the citizens of Kansas a chance at an affordable education if they want it.  As with almost anything in life, your education is what you make of it.  If you work hard, you'll probably be successful.  And don't forget, as if our public-relations people would let you, that we lead the nation among public universities in the number of prestigious scholarship winners since 1986.

We often get labeled as the backwoods, conservative hicks of Kansas, because we have an agriculture program and are located in a red state.  In truth, like most college campuses, K-State is a great mix of just about everything.  Small-town kids, suburban kids, some inner-city kids, and every political affiliation and philosophy from Rush Limbaugh to Nancy Pelosi to Ayn Rand.  The common thread tends to be a small-town and small-state sense of community and values.  Bill Snyder often talks about the people at K-State as the reason he stayed all those years.  Those who come to Manhattan with an open mind, and aren't wearing red and blue, will agree.

Panjandrum: I can't really argue with any of that.