A little more than one year ago, I took mystman995's advice and wrote a post honoring the best hair styles in the Big 12.  Though the post didn't entice much response here at BOTC, someone over at Sports Illustrated took notice and tossed a link to it on their Extra Mustard page.  Until Panjandrum came along and started the Adventures of the Big 12 series, that post gained more clicks than all my other posts combined.

So anyway, we're back this year, with a full squad this year rather than last year's mere starting lineup.  I decided not to name an honorary coach this season, because I'm still waiting for affirmative evidence that KU's Bill Self gets an unnatural assist in the hair department, and Joe Dooley's just too obvious of a choice.

No, this isn't a dig at KU, although come to think of it, faux hawks would be a pretty good description of the imaginary-bird mascot down the river.  Anyway, these gentlemen are the BOTC all-hair team's leaders, mostly because there are more of them than the others. 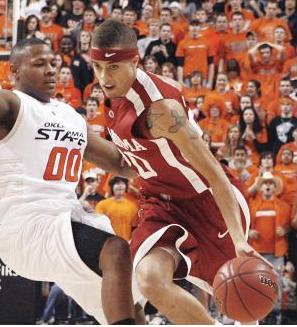 Austin Johnson, Oklahoma: If Johnson looked like something out of a Hitchhiker's Guide to the Galaxy before, as Panjandrum famously observed on gchat earlier this season, his faux hawk for the Bedlam Game only served to enhance his image.  His traditional headband was a nice frame for the new 'do. 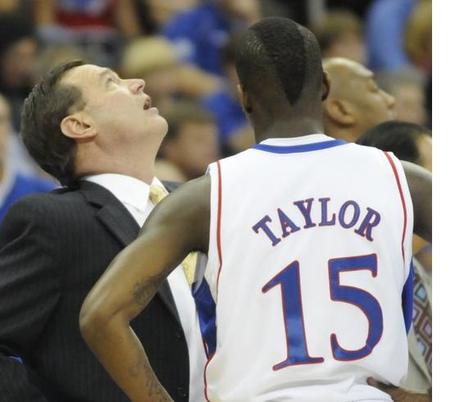 Tyshawn Taylor, KU: We're going to find this is a theme throughout this award session, but when KU players sport crazy coiffs, they lose.  Here is Taylor, rocking the faux hawk against Massachusetts.  Let's hope the beaks get out the clippers and get a little crazy just in time for Valentine's Day this year. 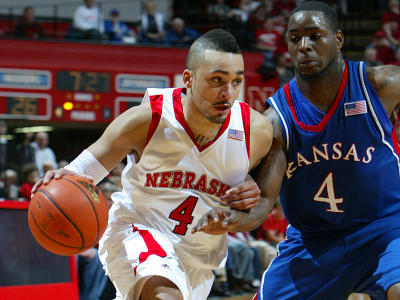 Steve Harley, Nebraska: The first of several Cornhuskers on this year's squad, Harley rocked the hawk against KU in Lincoln.  We should be getting this figured out by now, folks: the faux hawk is not good luck!  Austin Johnson's team won the Bedlam Game when he was sporting one, but that's because he has Blake Griffin on his team.

Cade Davis, Oklahoma: Davis, the pride of Elk City, Okla., rocks a faux hawk that resembles a stack of logs ready for a massive bonfire.  Given the copious amounts of product required to maintain such a look, it would be adviseable for Davis to be careful when the Sooners travel to College Station, lest an overzealous Aggie set fire to his hair. 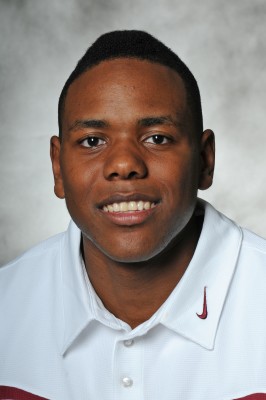 Craig Brackins, Iowa State: Brackins is a rare breed in the Big 12, as he sports not only a faux hawk, but the flat top version of the faux hawk.  Again, continuing with the theme here, the faux hawk just doesn't work unless you have Blake Griffin to pick you up, as the Clones are floundering at the bottom of the conference this year.  I urge Brackins to go for the full Coneheads look by growing this out and rounding out the flat top. 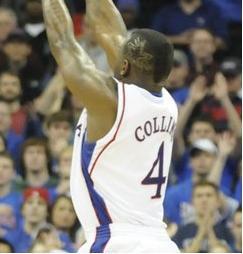 Sherron Collins, KU: It wasn't enough for Collins to sport a faux hawk against Massachusetts, and in the process shoot about 12 percent from the field.  Collins had to continue with the theme that he is the star of this year's KU squad by shaving, creatively, a star onto the side of his head.  He played like a star in that game, chucking 21 shots in order to score 19 points.  I'm telling you, folks: avoid the faux hawk!

The next category of awards has only a couple winners, but these guys are no less vital to this important awards show than anyone else, so let's give them a hand.

DeMarre Carroll, Missouri: Thanks to the Missouri athletic department's preference for non-downloadable photo formats, this is the best picture I could find.  I'd rather have an action shot of Carroll going up for a layup, dreads flying like he'd just stuck his finger in an electrical outlet, but you'll have to ask somebody from Rock M Nation for one of those.  Congrats to Carroll for carrying on the proud tradition of Mizzou players with sweet dreads on this team, picking up where Darryl Butterfield left off last year.

UPDATE: With thanks to Seth of Double T Nation, I now have a much better picture of Carroll, one which matches the description above. 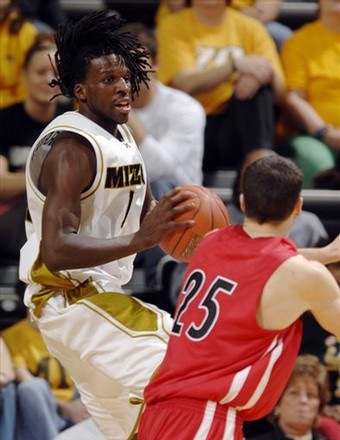 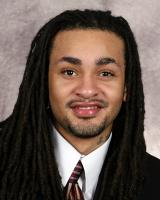 Steve Harley, Nebraska: Wait, what?  No, your eyes are not deceiving you, Harley is being honored for a second time in the same season.  After starting out the season with the above set of dreads, Harley decided to shave them off in favor of the faux hawk and, in the process, curse his team.  Stop hogging the awards, Steve.

Everyone else on the team has a set of locks worth honoring, but didn't fit into any of the above categories.  Being mentioned last doesn't mean we don't care, it just means everyone remembers you more. 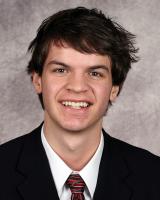 Ross Ferrarini, Nebraska: While Ferrarini may have been a little-known walk-on from Omaha prior to today, he's now a famous member of the second all-hair team.  Perhaps he didn't think anybody would notice that he'd just walked in out of a Great Plains gale when they took his picture before the season, but no walk-on is beneath the BOTC all-hair team.

James Blasczyk, Texas A&M: If Ferrarini just walked in out of a 50-mile per hour wind, it appears that Blasczyk -- a candy bar goes to anyone who can tell me how to pronounce his name correctly -- jumped out of the shower without drying his hair for the cameraman.  Baylor quarterback Robert Griffin would be proud. 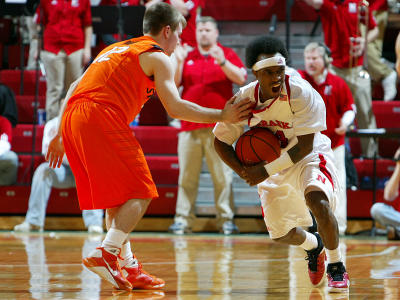 Cookie Miller, Nebraska: I'm not sure the committee would have given Miller a second look if he had just stuck with the look from his preseason picture.  However, when he grew it out and donned the headband that serves to impressively highlight that sharp widow's peak, we couldn't leave him out in the cold from this team.

Conner Teahen, KU: Is that Briden Queermo?  No, silly, it's Zac Efron!  Nope, wrong again, it's KU basketball super backup Conner Teahen!  Don't worry, Conner, if basketball doesn't work out for you -- and it won't -- you can always make crappy movies that 14-year-olds love!