Share All sharing options for: Adventures of the Big 12: Texas Tech (Part 1) 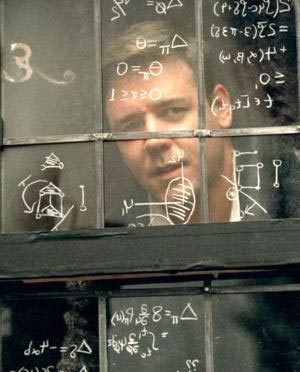 In keeping up with the flashbacks and origin stories of our friends from the Adventures series, we continue with this week's opponent, Texas Tech.
I won't bore you with any pre-jump filler.  Click it if you dare...

Texas Tech was driving back to Lubbock late one evening on US-84 when the wind started whipping and a hard rain began to envelop his Camaro in a blanket of water. It wasn't more than two minutes before he realized that it would be a very, very good idea to pull over to the side of the road and wait it out, and as luck would have it, he happened upon a rest area at the side of the road. At a glance, he noticed that another car had pulled off as well, but the lights were off, and it didn't look like it was running. Therefore, he assumed that it must have been there for awhile.

As he parked next to it, he noticed that it wasn't the average car you see headed down a highway in West Texas. It was a black, 1966 Ford Thunderbird with white leather interior, chrome wheels that shined even in the dark, rainy night, and a decorative license plate frame that said, "Honk if yaaaarrrrr crazy about pirates!" Intrigued, and somewhat frightened, about who could own such a vehicle, Tech decided to go inside. Also, he had to piss because he bought (and finished) a 44 oz. Dr. Pepper at a Stuckey's outside of Sweetwater.

Once he got inside, he quickly peered around to make sure no one was waiting in the shadows with a weapon looking for a man to kill, rape, and wear as a shawl. The coast appeared to be clear, so he parked himself in front of a surprisingly clean American Standard urinal, and he proceeded to relieve himself. Over the sound of urine hitting the porcelain, he could hear a squeaking sound intermittently coming from the stall near the end of the room. A short squeak, short squeak, and then a longer one proceeded for the next couple of minutes as Tech finished up his business. After washing his hands, he moved towards the door, and out of nowhere, the man in the stall screamed, "EUREKA!!!" at the top of his lungs.

Thinking that the man either dropped a turd the size of a small ferret, or he just finished some other unspeakable act in the stall, he quickly grabbed the door handle. But before he could open it, the man busted out of his stall, and he screamed at Tech, "Hold on! Don't go! I have to show you something!!!" Completely convinced that this man was now either going to rape him or make him eat a five pound shit ferret, he opened the door and ran out into the pouring rain. As he ran to his car, he slipped on a wet oil slick and fell down, knocking his head on the pavement. Everything started to fade to black as the feel of cold, hard raindrops streamed down his face, and in a few seconds, he passed out.

When he finally came to, he found himself propped up against the far wall of the men's room, near the stall where the crazy guy burst from before he passed out. This time, however, the door was open, and he could see that the man wasn't taking a shit or rubbing on his shaft; he was using a dry erase marker to draw all over the stall walls. And, much to his surprise, it wasn't an advertisement for a good time or pictures of stick figures having anal sex, but football plays. Dozens of them. And they were some of the craziest looking things you'd ever seen. There were wide splits, the quarterback was always in the shotgun, and for some reason, as he was drawing them, the crazy man would mutter "distribution" over and over again as he looked at his play and moved the routes around.

Tech finally had all of his wits about him, and he started asking questions. Who are you? Why are you acting like Russell Crowe in A Beautiful Mind? Where is the goddamn fullback?

The man stared back and said, "My name is Mike Leach. I stopped by the side of the road because I wanted to work through these plays before I forgot them. Fullbacks are a thing of the past."

Tech then asked, "Where are you headed?"