The Joys of Frank

Share All sharing options for: The Joys of Frank 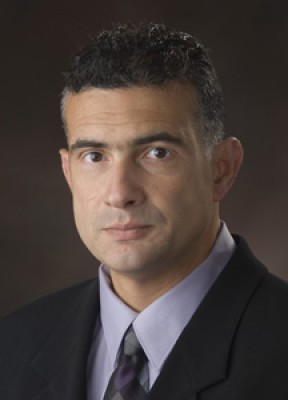 If there's one thing K-State fans know about Frank Martin, it's that he is intense. I don't mean just a little intense, I mean "I would put my head through a brick wall to win this game" intense. Fox Sports announcer Ted Robinson even compared the look on Frank's face to that of legendary Mike Ditka. However, some say Frank's intensity is too much, and that it is causing detriment to the team and the program.

Let me see if I get this straight.

Up until last year, Wildcat fans had been suppressed to 12 years of some pretty poor basketball. Even when we thought we had it good and maybe found success, we discovered new ways to lose. Finally, K-State fans have found a coach we can grimace, sweat, and suffer with.

But, as anyone can see, Frank's emotions tend to get the best of him. The latest example came Sunday night in the game at Oregon's MacArthur Court. During several points in the game, the FSN cameras became affixed upon Martin standing and yelling at some of the players while using some colorful language.

Before I get too far, I want you to know this is not a post berating Frank for his actions, nor is it a post defending him either. I simply want to point out both sides, so hopefully everyone can calm down and just realize  there is a happy medium that Frank is trying to find.

I don't get too distraught when a coach in any sport cusses out his players. I am not a person who is easily offended, and I tend to let the language fly on frequent occasions. In the testosterone-fueled world of sports, it's easy to get caught up in the action and drop our guard. I am not personally offended if I hear Frank, or any other coach berate his players with some colorful language. I've experienced it, I accept it, I get it. You can't re-direct the spirit and fire of competition.

However, I do understand why parents of young children are concerned. They don't want their impressionable kids to think that Frank's actions represent normal adult behavior. There are also some who are probably embarrassed that he is representing K-State in a negative connotation through his exaggerated actions on the sidelines. I agree, someone not familiar with K-State basketball probably thinks our coach is either a.) part of the mafia, or b.) in need of anger management. While I am not personally embarrassed by Frank's actions, I do feel he is hurting his image. But, anyone that hears the guy talk in an interview or press conference would realize he just cares...A LOT.

Yes, I think Frank is a good coach and has the ability to do great things in Manhattan. It's obvious the players respect him and play hard for him each game. I guess that is why I take issue with the folks that think Frank's temperament is the reason for K-State's three straight losses. As a former athlete, I understand that some coaches communicate differently. Bob Knight and John Wooden are two of the most successful coaches in college basketball history, yet their attitudes were polar opposites. In the same token, athletes react differently to those varying forms of communication. It's the coach's job to get a read on which players he can yell at, and to which ones he needs to take a more gentle approach. Frank's learning, and he's probably still grasping this concept.

With that being said, he does need to tone it down a bit. I know, I know, it wouldn't be the same just watching Frank sit down like zombie-faced Mike Krzyzewski, but we may see some families begin to revolt. Yelling F-bombs across a packed arena in front of thousands of fans is definitely different than calling Jake Pullen a motherf***er in practice with only the team and a couple of managers looking on. There's a time and place to break out the f-bombs, and I truly believe Frank knows the difference. Unfortunately, we are experiencing the maturation of a coach who is experiencing only his second season as the head coach at a major university. Given time, we should see him tone it down.

On Monday, Frank issued an apology to the fans and his family during his weekly radio coach's show in Manhattan. I think we'll definitely see a different Frank over the rest of the season. My hope is that he keeps the intensity. Let the f-bombs fly, just try and do it more conspicuously.  It's obvious these players will run through a brick wall for him. The only problem we may see is a player turning to stone after Frank stares him down.