He's been on a bit of a sabbatical, but today we welcome back our old friend, Whason Jitlock. 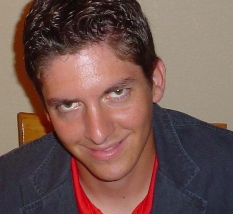 In case you haven't been watching, there's a real disaster going on in Manhattan, Kan., these days.

Have you watched this K-State football team?  I'm not sure I should even call it a football team.  The game it plays each weekend vaguely resembles American football, although I think that international futbol games are often harder hitting affairs than what we see out of the Wildcat$ on Saturdays.

It's not going to get any better this winter for Wildcat fans, all three that are left.  All that ever is or was of K-State basketball is playing in Miami and Boston, and other assorted NBA cities, these days.  After exactly one season of decent basketball, K-State is going right back to 6-10 in the Big 12, which is exactly where it belongs on the hardwood.

On top of all that, K-State is located in Manhattan, Kan.  It's not the Little Apple, it's not the Tiny Apple.  It's in the middle of nowhere.  It's nothing like my college town, Muncie, Ind., which is Eden on Earth.  Nobody wants to go to Manhattan.

K-State has never had real success in anything.  Oh sure, their fans will try to tell you they were a powerhouse in football for a while, but what did they ever really win other than a fluke conference title in 2003?  They'll also tell you they used to have a strong basketball team, but anything that happened back in the days when I weighed less than 300 pounds doesn't count.

They're wrong.  What K-State needs to do is fold up its tent and go home.

There's no use in trying to find solutions to problems that have no solutions.  I should know, I've tried to date women.  When you're as bad as K-State, there's no reason trying, because you're not going to get a good football coach.  In basketball, any good basketball players Dalonte $300K $400K dupes into coming to K-State will flounder under that terrible, corrupt coach they have running the show.  Nobody cares about any of the other sports, so the best solution is to just drop sports altogether.

Well, they can keep the crop-judging team.