Who: K-State vs. Kentucky
When: November 28th, 2008 | 11:00 p.m.
Where: Las Vegas, Nev. | Orleans Arena (8,500)
Media: 1350 KMAN | ESPNU
Tonight, the Kansas State Wildcats take on the Kentucky Wildcats in what one would assume to be the most anticipated non-conference game Kansas State's had in years.  However, due to the tempered optimisim that KSU fans have towards their young, untested team, and Kentucky's slow start (a 111-103 loss at home against VMI), tonight is more of litmus test to get a feel for where these two young teams stand. Join Panjandrum here for a night cap and discuss the Wildcats taking on the Wildcats in a battle royale for mascot supremecy.
More importantly, maybe we'll have an opportunity to catch a glimpse of Ashley Judd on the sidelines and totally be inappropriate about it. 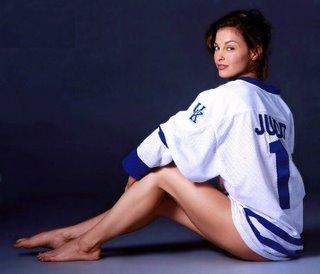