Fly on the Wall: Inside Bob Krause's Office

Share All sharing options for: Fly on the Wall: Inside Bob Krause's Office 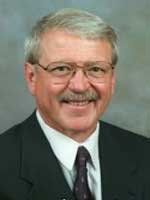 Sometimes, I wonder what it would be like to be a fly on the wall in the athletic department at Kansas State.  Considering what kinds of personalities we employ at our great university, the conversations have to be pretty interesting.

So, given our current situation, I wanted to postulate on what it would be like to be a fly on the wall in Athletic Director Bob Krause's office if he had a discussion with Head Coach Ron Prince this week.

Hey Ron, have a seat.  Would you like some coffee?  It's Folgers.  I know that's kind of cheap, but ever since we gave you that contract extension, we've had to make some cuts.  Frank was pretty pissed because we used to import some of that Café con Leche stuff from Miami for him, but he's had to switch to Maxwell House.  He's been in a bad mood ever since.

I'm sure you know why I've asked you to come to my office today.   That walkout before halftime of last week's game was pretty bad.  The second half of the game was even worse.  I know that I told the newspapers that I didn't notice it, but seriously, that was just a lie.  I'm not blind.

Ron, we've got a bit of a problem here.  We've got a mutiny on our hands.

Anyway, what was that, Ron?  We were only one or two plays away from winning this game.  Ha!  That's a good one.  If you can get them to believe that, you're better at the smooth talk than I originally thought you were.

No, seriously, though.  It's pretty bad out there, Coach.  I heard two people in Section Six talking about how they weren't going to renew their tickets next year because they had yard work to do that was more fun than watching the games.  In fact, if I recall correctly, he said that his compost heap had more life in it than this team.  I'm not sure I quite get that metaphor either, but it sounded insulting, so I'm going to assume so.

I'm looking over these stats, Ron, and I'm pretty sure that I'm looking at a defense that gave up 626 yards last Saturday.  Is that correct?  I wasn't really paying attention.  I was a little preoccupied with watching the people file out of the stadium like someone yelled, "Fire!" in a crowded theatre.

Really, by the end of the game, I'd have to say that it was the worst attended event this athletic department has seen since we tried to throw Tom Asbury a going away party.

God, this break room Folgers tastes like ass.  I'm not going to lie.  I'm already lying about the mass exodus from last Saturday; I can only take so much.  Man, I can only imagine how bad Frank's coffee is.

Anywho, we need to come up with a plan for the rest of the season.

No, Ron, it's not business as usual.  Like I said, fan support is dwindling, folks are threatening to cancel their season tickets, and for some unknown reason, my inbox is getting flooded by a bunch of people who want to see Gary Patterson or Todd Graham coaching here.  What's that all about?

(Leans back in chair.  Sips coffee.)

Let's be honest here.  It's going to take a miracle to keep you on at this point.  I've got donors, fans, and weird bloggers clamoring for you to get fired.  Message board chatter about your firing as a foregone conclusion is rampant.  Hell, I've got some guy from Winfield offering to pay for Brent Venables' U-Haul from Norman.  He also said he'd spring for the dolly if that would sweeten the pot.

Now, now...don't get defensive.  I'm in your corner.  I wouldn't have lied to the press if I wasn't.  I mean, hey, I'm the guy that got you that sweet extension.  I'm "Sugar Daddy Bob" remember?  I structured that sweet $1.2 million buyout if we were to fire you at the end of this season.

Look, I've done everything I can to keep the wolves at bay, but you're gonna have to help me out here.  These 500 and 600 yard abominations that you call defensive game plans need to stop.  Now.  If you can't figure out how to do that, I'm not going to have any choice but to can you.  There are a lot of other unqualified guys out there that would love this job too.  I mean, I get that you want to give bright, young coaches a chance, but this isn't "Bob Krause's Home for Wayward Division 2 Coaches".  You know what I mean, Ron?

Yeah, yeah.  I get that you want to replace Tibesar.  I'm cool with that.  Who do you have in mind?

No.  I've never heard of Marist.

Jesus Christ, Ron.  No, I will not hire someone that's coaching Rugby in Scotland.

Are you sure this is the best list you can give me?

Ron, if you can't get a list to me that has a defensive coordinator from a FBS conference on it, I'm going to have no other choice but to remove you.  You need experience on this staff.  It's blatantly obvious that the guy from Tampa at least had a clue about what he was doing.  I understand that there's staff turnover, but it was your choice to promote Tibesar.  That's on you.  When folks said, "Hey, that might not be the best idea," you said that it was cool.  He was a rising star.

Well, the only thing that's rising when I watch him coach a defense is my last meal.

(There's a clang from the room outside.)

What in the Hell is that?

What's going on out there?

Jesus!  Frank?  Frank, what in the Sam Hill are you doing?

No, we will not get you more Café con Leche; it's not in the budget.  If you want that brand new practice facility, we've got to make cuts.

Yes, I know that Maxwell House is awful.  It's not like Folgers is really cutting the mustard either.  I used to drink Starbucks every morning, but we have to make due.

Hey, calm down!  If you want to pick a fight, blame Ron.  It's his fault we had to cut back.  Someone's gotta come up with the money to pay $1.2 million for the buyout!

Oh, wait, I didn't just say that.  Ron, there isn't going to be a buyout.  It's for the extension.  And it's for your new defensive coordinator.

Hey, Ron, back off!  There's no need to come at me like that.

Frank, calm down!  He's the guy that you should blame.  Not me!

God, why did I ever take this job?