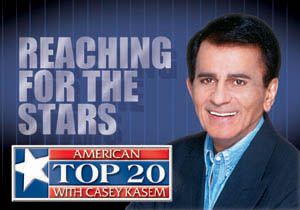 Welcome back to the Top 40 Countdown.

Today, we have a special request from Jon in Manhattan, Kansas.  Jon writes to us by saying...

Casey, my name is Jon, and I'm the President of the local university.  Almost three years ago, I hired an unproven, nearly unknown offensive coordinator from the University of Virginia as our head football coach.  The day he was hired, I knew that I had something special.

He came to his interview with nothing but a notebook, a head full of ideas, and a heart full of dreams.  I tell you, Casey, it was love at first sight.  He spoke about Jim Collins, theorized on the value of the West Coast Offense in college football, and we even had an esoteric discussion about recruiting junior college players.  His words struck me to the core.  We spoke for hours, and I haven't been inspired by such voluminous speech since Lord Byron penned "Don Juan".

Ron's first season was a smashing success.  He won seven games, beat a top five Texas team on national television, and took us to a bowl game for the first time in two years.   Times were good, we were flying high, and my choice for head football coach was a rousing success.  The future looked almost as bright as his bald head glistening in the afternoon sun.

Lately, we've hit a rough patch here in Manhattan.  Ron isn't doing so well, he's losing a lot of games (and badly), and his program is floundering.  The fans are angry, they want answers, and his calm soothing words are no longer having the same effect that they used to.  It seems like I'm the only one who listens to the poetry that is his weekly press conference and sees the effulgent brilliance in his words...

Casey, could you play, "I'll Stand by You" by the Pretenders, and dedicate it to Ron?  I want him to know that I'm still in his corner, and I still feel like he's the epitome of the American Dream.

Wow.  That's deep.  Sure, I'd love to play that beautiful song.

Jon, here's your request and dedication.

And, folks, don't forget to keep your feet on the ground, and keep reaching for the stars!